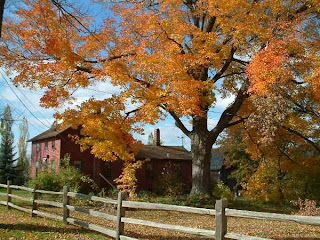 Tons of people say, "There's only one thing I don't love about Autumn. It's that winter is just around the corner."

What do I say? "There just one thing I hate about Autumn. It's all the stupid political campaign talk."

All those tv commercials I must mute! All the excited hype as if some new guy on the political block is going to save us all.

Come on. Mostly, I think it's all doomed to fail. Every plan, every party which is not lined-up with exactly the way God thinks.

The Truth will set us free. And as I see it? The whole political realm has wandered so far from Truth that, barring the biggest miracle known to man in recent history, it will only wander farther away from the Truth, one campaign at a time.

I didn't begin growing and changing and experiencing extreme peace until I faced Truth about myself. Hard Truth. And wow, it was not a good time hearing Truth from God and from the people He sent to tell me Truth when I refused to listen to Him, first.

"Debra, your voice tone is too harsh."
"Debra, you complain too much."
"You're shyness appears like coldness to others."
"Your fears are pride in disguise."
"You're lazy."
"You're addicted to friendship."
"You're choosing your ideas, rather than God's."

Add about a hundred others.

But here's the thing (as Monk would say). Only when I admitted these things were true, only when I asked God to show me how to walk away from them and then only when I obeyed God's ideas for getting me out--only then did I experience that freedom which comes from Truth.

Humility must always be the leader. If Humility isn't leading the parade, Freedom won't be marching there, either.

My ways only dig deeper holes, they do not pull me up out of those pits I dig, myself, one faulty idea at a time. Uh, no. And I had to come to the point where I hated my own ways, those which do not spring, first, from God's head and His heart. As He often tells me, "Debra, apart from Me, you can accomplish nothing real. Nothing which won't go all crispy through the 'works fire' in Heaven."

God's ways pull me out every time.

And only God's ways will pull this Country out of the huge crater she's dug for herself, one huge scoop of untruth at a time.

Jesus is the Way, the Truth and the Life. No one comes to God (and His daily joy, peace and freedom) except through Jesus.

"Let us break their chains," they say,
"and throw off their fetters."

This is the quote I posted as my FB status this morning.

Political advertising ought to be stopped. It's the only really dishonest kind of advertising that's left.
- David M. Ogilvy

It is all so tiresome and divisive.I agree - it is Autumn's flaw.

Mighty fine preaching my friend. Keep it up, it's really needed. I just hope the right ones read it.
Odie

Add your own words!

It is SOOO fun.

If I didn't do this, I would just have to totally stop watching TV in the fall.

I'm so in agreement with everything you said. Couldn't have said it better. Thanks