Some Readers Will Jump Off This Crazy Train Blog, But Oh Well! 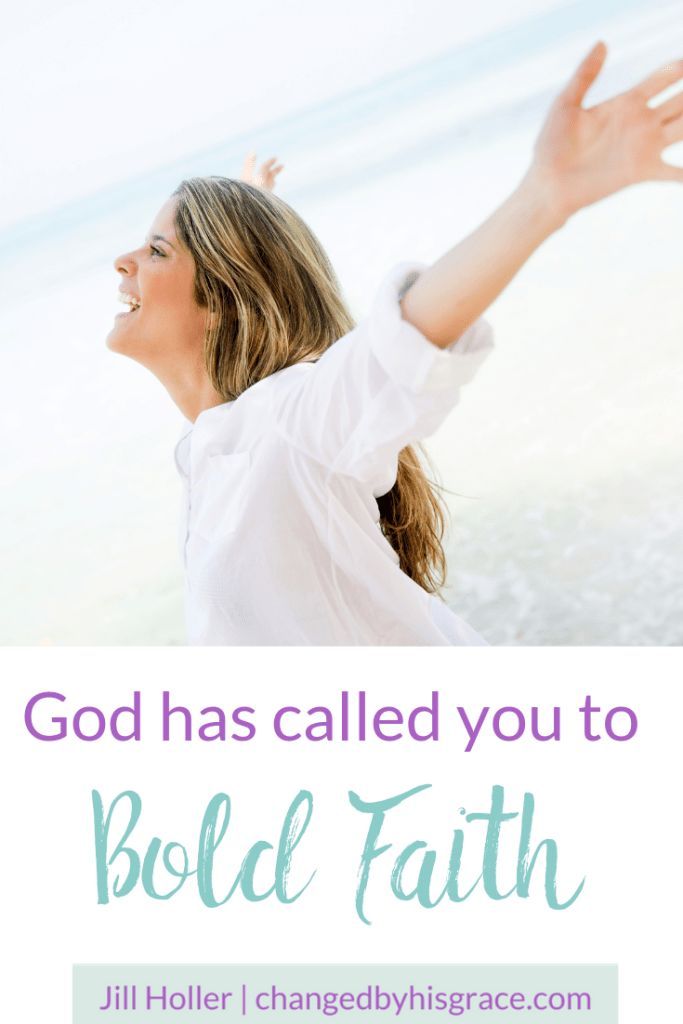 "The wicked flee though no one pursues, but the righteous are as bold as a lion." ---Proverbs 28:1

Years ago I told you that around age 23, I felt God say, "Always live ready to raise the dead."

Rather unforgettable, right? Then months later He added, "And always stay ready to use the name of Jesus."

You'll smile, but I actually recall a couple dreams where a man stepped forward to attack me, but I boldly spoke, "In the name of Jesus Christ of Nazareth, leave me alone!" Both times the mens' eyes went all swirly like in old-time cartoons. Their legs buckled, then they turned and crawled away. ツ

Well, I'll tell ya. I recalled those dreams last week.

Did you watch that terrible video of a woman in a supermarket shouting at a mom's two tiny daughters for not wearing masks? As the little girls look upward, she yells, "You're going to kill me and my husband! I hope you all die! I hope you all die!"

If that mom had been me and if Naomi had been 4 (instead of 40)? I would have boldly pointed and said, "No! In the name of Jesus Christ of Nazareth, you will shut your mouth! You will not speak to my daughter that way."

And then stood and watched what God would do.

Yes, seriously. These days in which we live? These are times for boldness and certainly not, as Christians, for being trembling wimps, letting satan do whatever.

But here's my very important disclaimer--

"Some Jews who went around driving out evil spirits tried to invoke the name of the Lord Jesus over those who were demon-possessed. They would say, "In the name of the Jesus whom Paul preaches, I command you to come out."...  One day the evil spirit answered them, "Jesus I know, and Paul I know about, but who are you?" Then the man who had the evil spirit jumped on them and overpowered them all. He gave them such a beating that they ran out of the house naked and bleeding. When this became known to the Jews and Greeks living in Ephesus, they were all seized with fear, and the name of the Lord Jesus was held in high honor."   --- from Acts 19

For decades God has readied me for such a time as this. Those ugly spirits out there? We've done battle: they won't be asking who I am.

And now, don't write yourself off, ok? Most likely, they remember you for all the times--

You stood up to those sent to intimidate you.
You did not quit while sorely tempted.
You reacted in love rather than hate.
You forgave.
You lost friends when you spoke truth.
You stepped out in obedience, though uncertain.
You read your Bible when you didn't feel like it.
You pushed past laziness and procrastination.
You spent hours and hours with Jesus, you came when He called, and you grew in your love for Him.
And more--

Probably you are more prepared for these Wild Days than you believe.

But if not? Please accept all the invitations Jesus sends you now to grow in Him. All of them, wholeheartedly. Listen to the people He sends you, learn, practice, do whatever God asks.

He's waiting to ready you for anything crouching in the road ahead and He'll even provide the joy, the strength, to face it all. 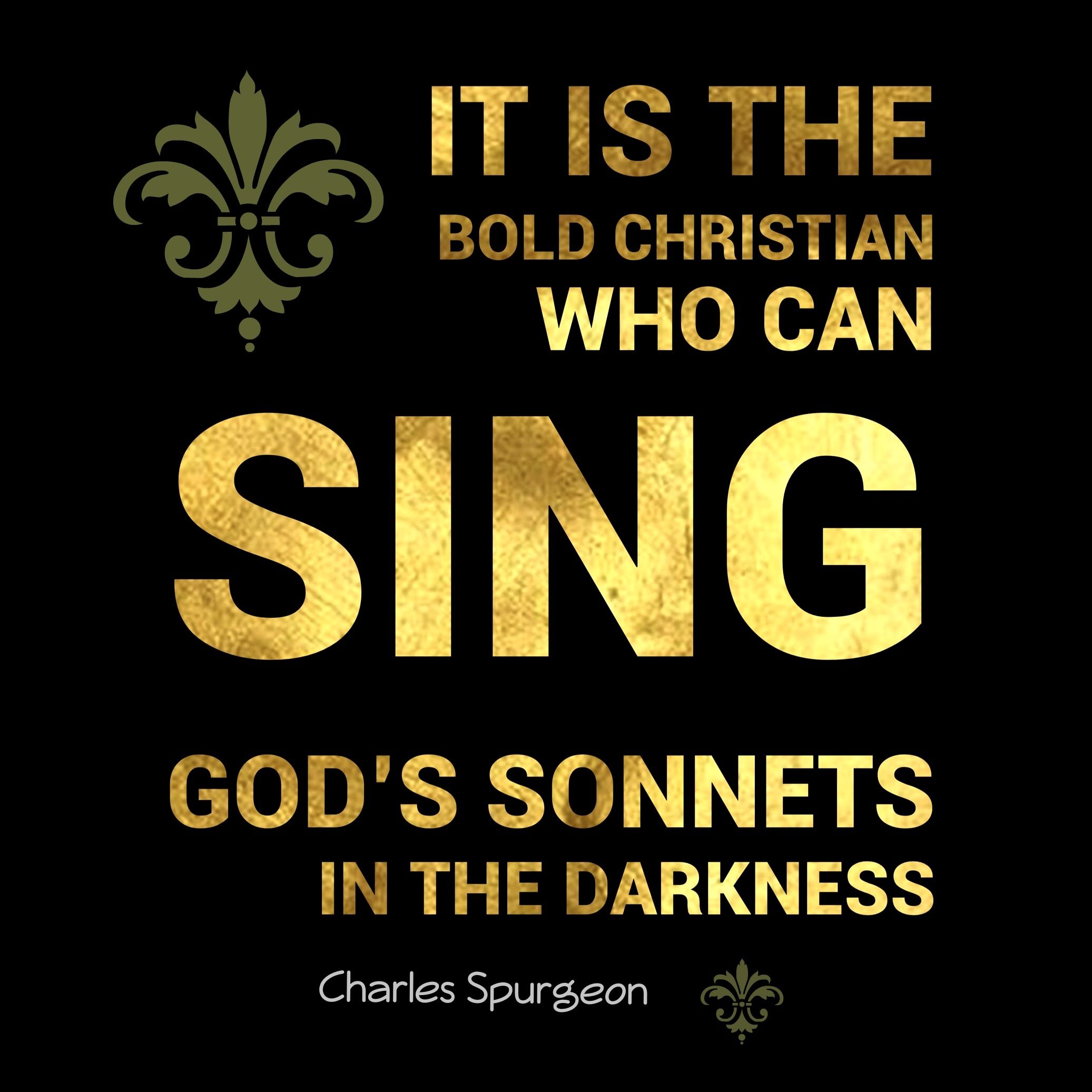 I watch all of Heidi St. John's video posts, but this one, oh my! She was on fire (the good kind). (You may need a Facebook account. Not sure. I'm still learning my way around the new Blogger dashboard and couldn't figure out how to add the video here. Alas.)

Meanwhile, Down At Hobbit Cottage ... 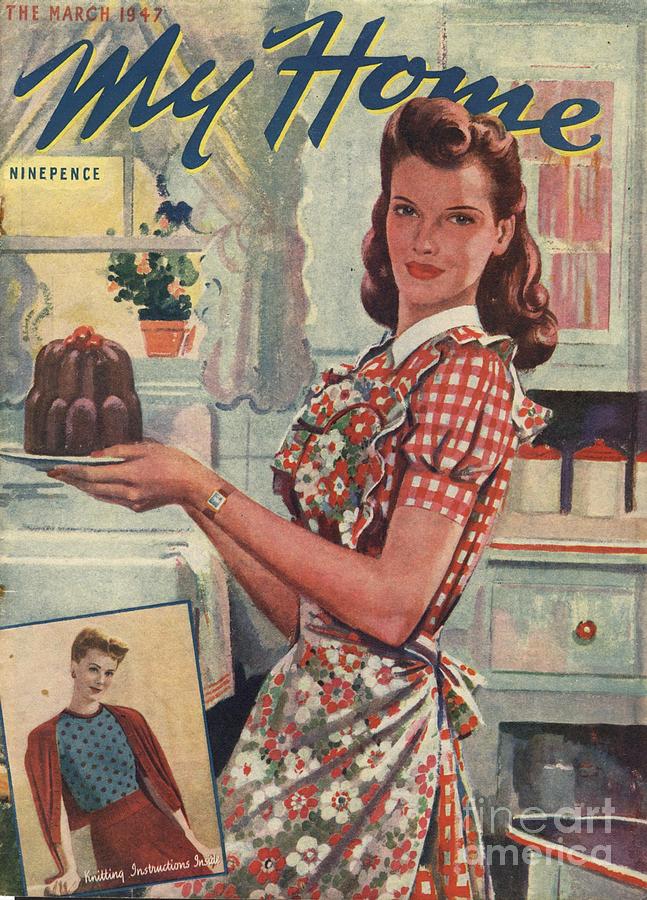 Most mornings I carry a yellow Fiestaware mug of hot chocolate upstairs here to my computer and watch Tessie at Youtube.

(If you hate Youtube, you're not doing it right.) ツ

Tessie gives us tours through her acre of PA;  we step down rows of her huge green garden, then up to the deck after we visit her chickens. Then inside her 1963 mobile home, Tessie whips up dinner in the crockpot if it isn't already simmering over a fire outside.

And you know? These past what-the-heck? months, she's kept me balanced. God's used her inspiration to stop me from permanently camping out in a 2020 spiritual battlefield, 24/7, fighting the good fight of faith amongst all the crazies out there.

Now, what's wrong with that? The 24/7 part. Face it, God's way too wise to wreck our health with a wildly-out-of-balance purpose/gift/calling. People do that to themselves: God does not.

So with a thankful nod to Tessie, here's a tad of what's kept me joyfully balanced since March when many of us were shooed inside our houses lest covid-19 find us and make us sick. Or afraid.

Yet there's been no fear here at Hobbit Cottage, nor will there be. Mostly, I'm having the time of my life.

But then, I've always lived upon the opposite track. Always.

My Farm Garden gone wild, just the way I like it.

Some cucumbers were born there so I'm hoping to use them for Aunt April's Refrigerator Pickles. (My friend, Connie's, Aunt April, not mine. heh.)  I'll include the recipe, below.

Of course I still feed the birds. Sometimes they sit on our porch railing and stare inside the house, willing me to remember to feed them. (Kinda eerie.)

Lots of salad-making this year. There's another pot out to the side.

Now, my own little hutch of canned foods, though in the basement, always makes me smile and feel fine about the days ahead. Oh, and it's fuller now. (Forgive the darkness which is our basement.)

Oh, and weekly I check my itemized stock-up list to see if I'm short on anything for our 6-month supply.

When we all 'got sent to our rooms', that was my birthday week and guess how I spent my birthday money? On more stock-up groceries. Alas. So finally last week I bought something for myself: two original Nancy Drew books. Here's one: The Quest Of The Missing Map. It's awesome.  ツ

Oh, and did you know that when the first 34 Nancy Drew books were edited more PC in the 60's, they also removed 5 chapters from each? What the--? Can you imagine your own favorite book having 5 chapters taken away? Gracious.

I own perhaps 6 originals with all 25 chapters and prefer each non-PC, old-fashioned one over the updated rest. Deal with it. 😉

Oh, and I'm still shining 'this little light of mine'. heh.

And I'll end with this: Color me grateful for God's warnings, instructions and love. He brings me much joy in the midst of battle.

******
Here's a favorite Tessie video.
Here's another.
There are many more! 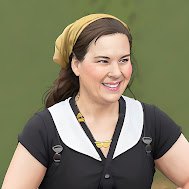 Mix cold and pour over cucumbers:

Oh! And again, if you want to leave a comment, but can't for whatever reason(s), you can always email me at the address near the top of my blog: GladOne4@yahoo.com

For Those Who Don't Understand

"By faith Noah, being warned by God concerning events as yet unseen, in reverent fear constructed an ark for the saving of his household. By this he condemned the world and became an heir of the righteousness that comes by faith."   --- Hebrews 11:7

Recently I reread that verse and thought, "Wow. God warned us, also, that our own 'yet unseen' catastrophe was flying toward us."

He mega-warned us.
He used the Bible.
And prophets.
And preachers.
And teachers.
And preppers.
And pundits.
And finance folks.
And Youtube.
And unknowns in the 'burbs.
And circumstances.
And---

Well, He majorly warned us.

And if some Christians were caught unprepared for this flood of chaos? It certainly wasn't God's fault. He's never made a mistake in His whole life.

Folks, He's still warning us, for this mind-exploding upheaval isn't over. The exposing of lies and liars, in fact, has just begun. And because of His great mercy He's given us second chances! Yet those never last forever.

But daily I observe this at Facebook: Amongst my friends' posts (and mine), those which receive the most likes, loves and comments? The humorous cartoons, pretty pictures and non-controversial, pleasant personal stories.

And I groan, you know, at the sleepiness. Recall verses like this:

"A prudent person foresees danger and takes precautions. The simpleton goes blindly on and suffers the consequences."   --- Proverbs 22:3

Ha! Just got a funny picture in my mind:

If Noah had Facebook while he built the ark? I simply cannot imagine him on coffee breaks posting only scenic photos, dog videos and clever cartoons. Uh, no. His conscience and sense of urgency would've balked and forbidden him.

And may that help you understand us 'warners' better.

I realize we've changed lately, but so has our world. And we've prepared for the future, yet we worry about those who believe in no reason to do so, spirit or soul or body.

So we keep trying to shake others awake, even when they slap away our hand and roll back beneath the blankets. 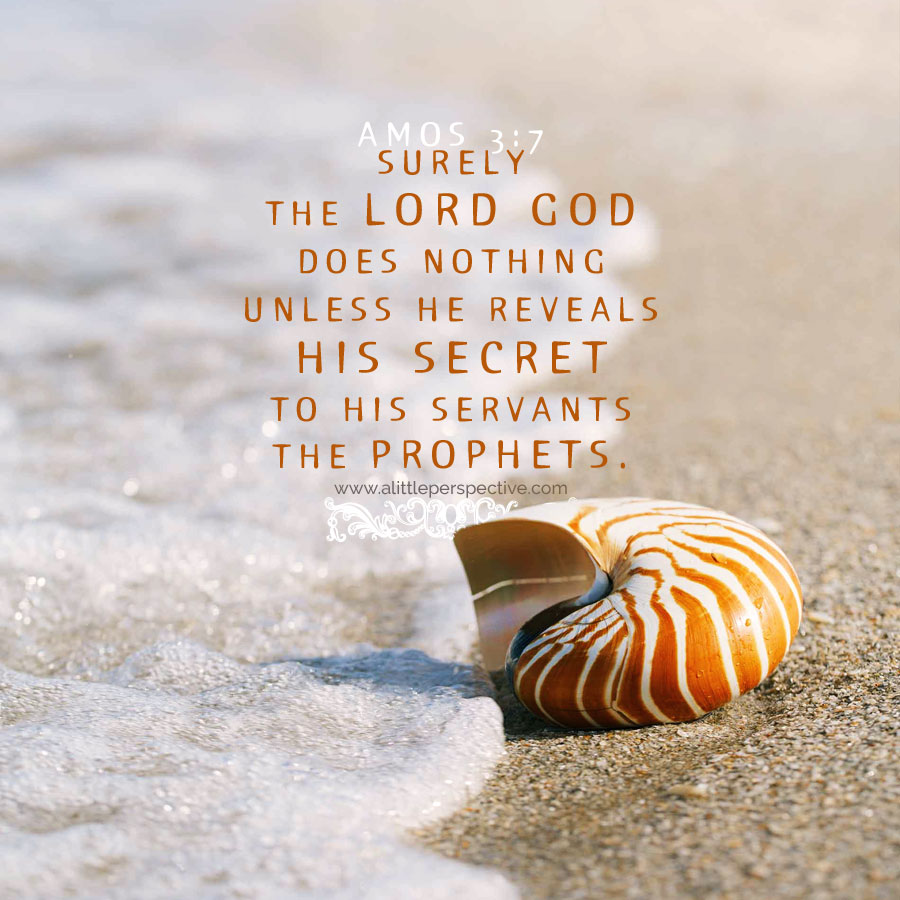 It's that nagging sense of urgency from God. That's partly what I blame my own urgent-sounding-nagging upon. Draw near to God and He will most certainly draw near to you!

Have you read Mario Murillo's blog lately? My oh my oh my. The guy is on fire--the good kind.  ジ  Read his posts long enough and your questions of "Why is this happening?" will be answered. 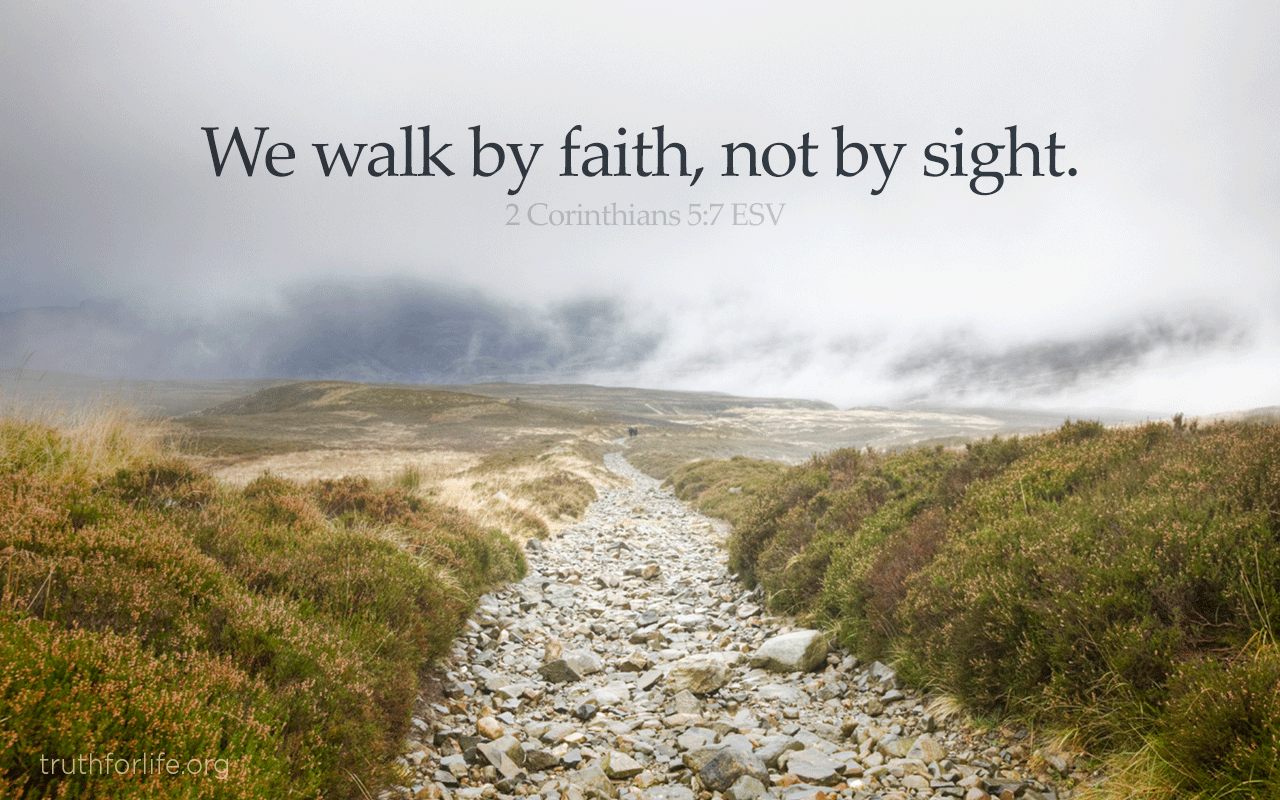 And prepping food is just one aspect of all this, but here's a video with a good stocking-up idea if you're low on funds (tho' personally, this late in the game, I'd double or triple the daily items. Er hem.). Here you go.

And here's a list from Michael Snyder about 50 things we should all have on hand if possible.

Oh! And I wanted to offer once more my personal alphabetized stock-up list. You know, to get you started or to remind you perhaps of a few forgotten things. Only one person asked for this last time so here you go in case you forgot.   シ  Email me at GladOne4@yahoo.com for a copy.