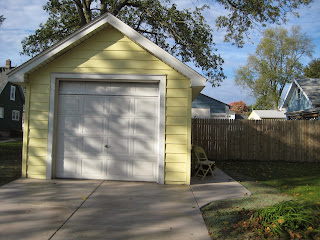 These Hobbit Cottage Thanksgiving days were majorly relaxing, even though the Cornish hens were too frozen to use on Thanksgiving so we had chicken instead and the hens the following day.

We watched scandalous amounts of Alaska: The Last Frontier and felt as though we'd actually raced on snowmobiles chasing bears or rode on horseback helping herd the cattle out to green pastures 27 miles away all while lounging like slugs on the recliner and red couch.

Heh. In our heads, Tom and I easily go anyplace we wish and I like that about us.

But it helps that--when we were young--we lived in a snowy, mountainous, wildwoods place called Chester, CA and later (and not so young) on a 4-acre farm and lived our dreams of roughing-it. And now it feels all been-there-done-that, thank-goodness for Grace and plenty. For a lifetime.

But still we wildly enjoy watching others live out there own wilderness dreams. Oh, how easy for us to live vicariously and how satisfying on this other side of 50... this other side of having lived wild and rugged enough to last us till our new crazy adventures in Heaven.

At our other suburb house, we didn't have a garage nor even a carport for 11 years (nor 15 years before that in other snowy lands) and that's eternal-like when you live in snow country and must shovel off the car and driveway on black, 10 degree mornings and a whole lotta blowy, snow-in-your-eyes evenings, too.

Then the carport got built, but ol' Debra still shoveled an annoying amount of snow from the car and driveway when the carport turned all wind tunnel-ish during blizzards.

But after four carport years, we spent that one cozy-apartment winter and it began all over-- on silent, black-like-night mornings I shoveled the sidewalk, driveway and car like a crazy woman with a long black coat over her robe so Tom could drive to work.

But then came the farm and we had a real-live garage (!) built that first autumn and for two winters I'd drive the car up to the back steps for Tom, shoveling only a decent-sized path on those frigid mornings, saving the rest of the shoveling for morning light, rejoicing when our neighbors often snow-blowed for me. Then came the winter Tom got laid off and I could gloriously sleep in.

And now? Now we have the sweetest little yellow garage and this winter, our third here, I still ask Tom sometimes, "Isn't it incredible that we have a garage?" Yes, you never forget what 26 garage-less winters feel like. And now Mike Our Neighbor does the major portion of our shoveling (we pay him. Happily.) and I only shovel some and move the car to the end of our sidewalk for Tom on frigid, coat-over-my-robe mornings.

And oh, Winter feels better here. More under control and less of a task master, so much so, that I've lots of time, energy and desire left to plod through the snow on the side of the house and daily fill the bird feeders from the seed I keep in the (amazing) tiny yellow garage.

How incredible that Tom and I wish ourselves absolutely no place else. And for someone who once wrote (as a teenager who moved every two years), "I am forever homesick," that means ever so much to me.

So I braved the wilds known as Black Friday Weekend, but went only to the supermarket and Dollar Tree because how many people are gonna storm those doors? And well, look what I found for a mere dollar bill:

Another season of What Not To Wear has been added at Netflix. Yay!

Lif changes some of our desires and needs...garages are so nice at our age (60s)...one came with the apt in WA those 6 months this year. We await to see what comes next...working as we can on downsizing, with having both of us hurt ourselves some right off...argh, tis tough getting older. But I told him, well, looks like GOD wants us to slow down, cause we have to now!! So trying to work smarter, and got strong daughter to come help one day and in a couple weeks son can come help too...so counting our blessings.
Elizabeth in NC now, again, for a time

Debra, I bought that same book at Dollar Tree during the summer. I really liked it. My neighbor bought it and she liked it too.

Elizabeth--I'm sorry to hear you both hurt yourselves and am hoping you'll heal extra quickly! Glad your daughter came to help--awesome!

Dolores--thanks for telling me you enjoyed that book! I began it yesterday and think I'll like it, also. :)