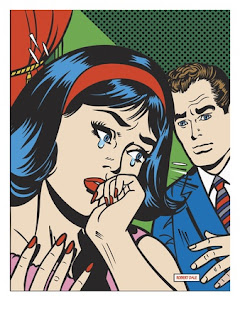 "Where no counsel is, the people fall: but in the multitude of counselors there is safety."  ... Proverbs 11:14

Now, there's a verse for Today.

We need each other.

None of us has it all right.

No one teacher/preacher is annointed to teach in all areas.

Must our counselors be perfect? Uh, no. God can use anybody, even donkeys, to keep us from being stupid:


"Then the Lord opened the donkey’s mouth, and it said to Balaam, “What have I done to you to make you beat me these three times?”
29 Balaam answered the donkey, “You have made a fool of me! If only I had a sword in my hand, I would kill you right now.”
30 The donkey said to Balaam, “Am I not your own donkey, which you have always ridden, to this day? Have I been in the habit of doing this to you?”
“No,” he said.
31 Then the Lord opened Balaam’s eyes, and he saw the angel of the Lord standing in the road with his sword drawn....
32 The angel of the Lord asked him, “Why have you beaten your donkey these three times? I have come here to oppose you because your path is a reckless one before me.33 The donkey saw me and turned away from me these three times. If it had not turned away, I would certainly have killed you by now, but I would have spared it.”
34 Balaam said to the angel of the Lord, “I have sinned. I did not realize you were standing in the road to oppose me."  (From Numbers 22)

And because Balaam's donkey didn't agree with him, Balaam wanted to strike out in his ignorance. To hurt the one with common sense.

He wanted to silence the one God gave him to save his life, for Balaam was determined to do what he wanted to do.

Personally? I want my eyes to be opened to see anybody who God sends to help me, even when, at first, the help appears more like criticism.

I don't want to waste time with problems I could have avoided had I listened. Had I humbled myself. Had I craved wisdom instead of going my own way.

(Wow. God would have saved the donkey, but would have killed Balaam. Interesting!)

How blessed I feel that he shared his talent with us. What a great lesson, that, and what an amazing voice.

I'm so thankful for his albums and that my favorite radio station plays his songs often. In this way, he still lives amongst us.

"Pride goes before destruction, And a haughty spirit before stumbling."  ... Proverbs 16:18

Sad to hear about Andy! I always loved his voice and Perry Como's too...both sang as smooth a butter...so soothing and comforting!!
Elizabeth in NC