He Who Knows All and Knows Best 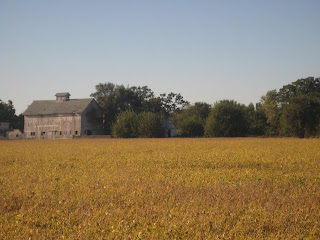 The time to prepare for an emergency is not after the emergency arrives, but before.

Though God didn't loudly announce to me that Tom would be downsized (He hinted, but I tossed the hint aside--eegads), He did say months ago, "Buy a few new bath towels to replace your ten-year-old ones."

Didn't do that. (Did replace old dish towels, though.)

"Brush up on your frugality skills."

Did a bit of that.

"Go to Salvation Army to replace your tired, old wardrobe."

I majorly procrastinated that one. I went there only after the layoff and just one day before our vacation. Good grief.

And He did tell me, "Stock up on Forever postage stamps. Replace the guest room bedspreads and your ratty bras. Plant extra tomatoes this summer and buy some strawberry plants."

"Stock up on groceries early this year."

"Spend extra time with Me."

Mostly did that, but could have done it better.

If I'd have waited for all those varied instructions to make sense, all obedience would be late (turning into disobedience) and I'd have had total unpreparedness when Tom was laid-off. God's ways seldom make sense. Deal with it.  ツ

I must yearn for His ways, His plans, His dreams for me. I've learned to distrust and even dislike my own ways--anything--which did not come first from His heart.

My life? It continues to change into a wild ride, not of my choosing (usually), but always something more incredible than I ever could have dreamed. His plans for me happen, there's little frustration, no having to force them, as long as I cooperate, take the steps He knows will lead to the correct places.

His ways are so not our ways. Thank-goodness for that.

The above photo was taken from our train while we stopped at a depot.

Most of Nebraska was just like that picture, making the sky feel like one of those snow-globe domes since it seemed to come down and rest upon the edges of the golden fields. At least that was my feeling at 6 a.m. one morning while sitting alone and bleary-eyed in the many-windowed observation car.

One last note: when I say that "God told me...", what that usually means is, "I felt so convicted to... My conscience nudged me to ...." Just thought I'd add that for clarification.

When God wishes to tell us something, does He have to yell? Or does it require only a whisper?

Way too often we only want what we want and fail to listen to the one who really knows best. Sometimes we learn the hard way.

A good post, Debra. I'm glad you did as much as you did! Next year you might plant more kale and parsnips and parsley because they are plants that persist after frosts and can still be harvested under snow.......I've been dehydrating stuff and you can buy cheap things at farmers markets and dehydrate them and use them for soup in the winter. Our favorite frugal meal is lentil soup. I feel as if I just posted this here, but perhaps not.....There is something exciting and wonderful about gathering in the harvest and getting ready for winter, isn't there.

I added myself to follow your blog. You are more than welcome to visit mine and become a follower if you want to.

Debra~ What a great post. I love the feeling when I realize how much God does lead us in our lives. He really does care about things, even the little things. Lisa :o)

I am always reminding my hubby (and myself) God's way seem to make no sense to us. But He see sooooo much more then we do. Just yesterday we needed this reminder big time. xoxo Clarice

ps. I am so glad you like my fall corner xoxo

Isn't hindsight always 20/20?!
Last year I felt a great need to prepare for the winter, this year I feel nothing! Maybe I need to clean my ears out and listen more closely, because that makes no sense to me at all. Maybe it's that lazy person inside of me who is speaking so loudly I can't hear the true voice. I just need to quiet Ms. lazy down!

Hello Debera
You have a wonderful outlook.
This year so far I have been able to share some seed with a woman who sent me what she had. That is a real help.
I call that listening following the goose. He knows what to do when and just where he is going. It is inbred into him