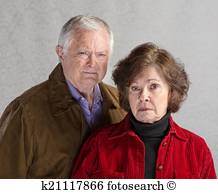 When I see Christians condemn and criticize other people with no mercy here online....gah!

I feel like bailing out of this whole computer world. Walking right to the edge and leaping off. (Well, stepping right to my window and tossing the computer out, anyway.)

And many Christians wonder why they don't feel well.

Perhaps it's because they believe it's holy, even, to condemn pastors and others who are out there trying to help people, though in ways the condemners don't understand or agree with. "It's not the way I would do things," they say, as though their way is the only way.

As if their understanding of the scriptures is 100% correct 100% of the time.

Technically, that's called pride and pride comes before a fall. And oh, the vats into which we can fall! Vats of humiliation, of sickness, depression, bitterness, unanswered prayers and being unable to understand and move to deeper places in God.

Blessed are those who pray for others and discover a new compassion for them. Blessed are the merciful for they will be shown mercy.

It's the merciful people who get forgiven for their own mistakes. Those who show mercy toward the imperfect have their own imperfections forgiven. It's those who love to show mercy who are most like God, for the Bible says He delights to show mercy. He enjoys it.

Years ago I asked God to help me become a Merciful Person. I read that God loves to show mercy in a year when I so did not love showing mercy. No, I enjoyed pointing my finger to Bible verses and showing people where they'd messed-up. And so of course, other people did that to me. I showed people their mistakes and they showed me mine. Back and forth it went, like tennis.

It was not pleasant. Love is pleasant, though.

And yes, there are times when Love confronts, just as God must sometimes confront us. But criticizing everyone from our President to tv evangelists, our pastor, the odd little man nextdoor in our blogs or in email forwards (etc.), is not godly confrontation done with passionate love for the other guy's very soul. It's not even close.

No, that kind of criticizing is called gossip. It's also one of the seven things which God hates, called Sowing Discord Among The Brethren.

"These six things does the Lord hate: yes, seven are an abomination unto him:
A proud look, a lying tongue, and hands that shed innocent blood,
A heart that devises wicked imaginations, feet that are swift in running to mischief, a false witness that speaks lies, and he that sows discord among brethren."

"Resentment is like taking poison and waiting for the other person to die.”
Malachy McCourt quotes


From Matthew 18:
"Then the master called the servant in. 'You wicked servant,' he said, 'I canceled all that debt of yours because you begged me to. Shouldn't you have had mercy on your fellow servant just as I had on you?' In anger his master turned him over to the jailers to be tortured, until he should pay back all he owed.

"This is how my heavenly Father will treat each of you unless you forgive your brother from your heart."

Such a brilliant piece of writing. Thank you.

You are so wise, Debra, that I think you were gifted with wisdom as well as mercy! Yes, people who condemn others are gifted with neither virtue and they turn off so many people....How about that idea that Christians would be recognized by their loving ways. How can we spread that idea and get it more accepted? What prevents it from being grasped by more (although I know there are multitudes who do get it)?

I so love your posts Debra. Absolutely straight up.

wonderful post
love to accept the country club of my own creation. weeds chicken dung and all :)