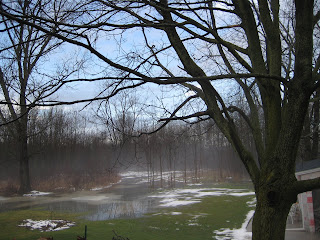 I've had friends who say they are too busy, too holy or too intelligent to watch tv.

And I respect that. Honestly, I do.

I have other friends who say that--nowadays--there's absolutely nothing decent/interesting/good to watch on tv. And well, though I respect that view, too, I also believe that's an over-generalization. Tom and I have a few favorite, current tv shows which we've found to be morally decent, though I admit, some of them cross the violence border frequently. And we don't even have 'real cable', just 'baby cable' (as I call it), so who knows what other inspiring, uplifting shows we are missing?

Anyway, being the great pragmatist which I imagine myself to be, I thought I'd give a list of tv shows/movies which we own on dvd for the benefit of those of you who, like me, don't consider yourself too busy, too holy or too intelligent to watch tv. Perhaps you aren't aware that some of these shows have even been released on dvd. Maybe you meant to buy a set of certain dvd's, but forgot somewhere along the way. Or maybe you would simply appreciate some suggestions for family viewing, given the state of Today's tv comedies, especially.

So for whatever reason, here's a list of some of the dvd's Tom and I own and enjoy watching:


Of course, the majority of these can be rented through Netflix, so it's not like I'm saying you must buy all these. It's just that I know how winter evenings can seem oh-so-long sometimes and it's too easy to just complain all sour-like that there's nothing good on tv. And it's nice when we have a choice of some good, decent shows to share with our families... and to put us to sleep, just like when we grew-up in the Old Days. :)

The photo, above, is of our backyard on this misty, moisty morning. (That's not even the lake I usually show you, it's another one.)

Anymore suggestions for my lists? I also want to order the first season of Perry Mason--oh the luxurious clothes, cars, furniture and hairstyles! Oh, and the interesting court cases, too. :)
Posted by Debra at 8:20 AM

Email ThisBlogThis!Share to TwitterShare to FacebookShare to Pinterest
Labels: Movies/TV

What a cool pic you've got posted this morning!

I recently purchased a terrific miniseries from the 70's which came out on DVD; James Mitchner's Centennial. There are so many starts from that era, from your favorite Andy Griffith to Raymond Burr to Richard Chamberlin, to Robert Conrad, a very young Mark Harmon, etc. It was amazing.

I love so many of those!!! Add to it Arsenic and Old Lace (I introduced that to my children as young teens and they still talk about it), Pie in the Sky, Inspector Lewis, Foyles War, Good Neighbors, Last of the Summer Wine, #1 Ladies Detective Agency, Lovejoy. . .

Lark Rise to Candleford. A wonderful series with beautiful locale. All of the MGM Musicals..beauty, talent and leaves you smiling. Fred and Ginger too.

Yay for Netflix! How about from the BBC-Vicar of Dibley, Clatterford, and Prime Suspect.

Our movie tastes are very similar, and some of our tv tastes, as well!

Back in the mid-90s, Perry Mason was in nightly reruns where we lived - a double episode every night. We got in the habit of watching, as we were on central time so prime time was over early. We even watched Perry while I was in the hospital waiting for our only child to be born! I remember watching Perry Mason when I was a tiny tot living on a naval base with my parents.