Trust: Full Of Headaches Or Hope? 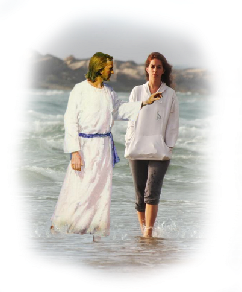 "Blessed is the man who remains steadfast under trial, for when he has stood the test he will receive the crown of life, which God has promised to those who love him."   ... James 1:12

Yesterday while I walked all across Blogland during the big Home Tour, I came across a Christian woman who was all in a dither.

Bees buzzed inside her bonnet because of the current Mid-East crisis, and she was troubled and mad that all the rest of us in Blogland were not. She'd visited some of our blogs and scoffed that we spoke of trivial things, instead, and now she felt even more sick than ever because of us.

And ok, there is that.

There is choosing to view Life that way and seeing the rest of us as clueless morons if we don't join you in becoming sick with worry. And there's believing oneself more spiritual if one always has a headache, a heartache and an I'll-take-you-down sermon.

And if that's your idea of being truly spiritual, well, go for it. Go in God.

But as for me and my house? We will lift our head because our redemption draws nigh, more nigh than ever before. We'll not dash around in panic just because the world is going exactly as the Bible stated it would, but rather, we'll use these times to get out our Bibles and read them for God's perspective.

We'll pray for Jerusalem and those who stand against her. We'll give money, comfort and hope to various places where God leads and we'll trust that He's just as mighty and in-control as He ever was.

And in drawing closer to God as we watch The Times, we will come away refreshed, renewed and excited about the days in which we're living--days when one can see all of History being brought to an adventurous close.

We'll laugh and trust as children walking beside their Father with their hand in His, singing down paths with His joy unspeakable and full of glory--

--and keep on singing, even when we've discovered--oh my! We've stepped across the very threshold of a Light-filled Heaven. 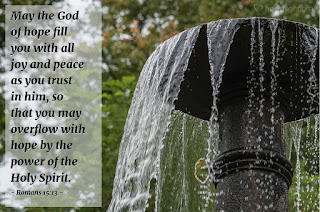 Already I'm praying that--when I later recall these isolation times-- I'll be grateful for my daily attitude rather than disgusted by it.

I am passionate about these:


Counting, listing, my blessings-- not things going wrong.
Being a bright light-- not a sad shadow.
Speaking God's words over situations--not words of worry.
Representing Jesus-- not the world's fear.

"You will keep him in perfect peace whose mind is stayed on You because he trusts in You." 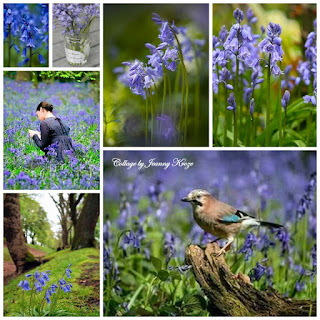 "God gave us Spring to show us what hope looks like."
--- Eric Metaxes

"Problems don't have to rule your thoughts. You have the ability to stop fear and anxiety in their tracks by focusing on God and His ability to change circumstances. Remember, there isn't much you can do sometimes to make a situation right. But God can do anything . He can give you the wisdom you need and the right words at the right time. He can give you peace in a time when the world wants to make you lose your mind."

I read this post out loud to Dennis. He had just read Revelations 9:14-21 out loud to me before I opened my computer to check blogs. It was part of his daily reading. (He reads through the Bible like a book, over and over. I think this is his 4th time through since Jan. 1). Quite interesting reading in light of what we're seeing in the world right now. Honestly, I'm not afraid of this virus killing me. I would happily trot through those Heavenly gates to spend eternity with our Lord. But... and this is a big BUT. I don't want something to happen to Dennis and me be left behind. That thought terrifies me. We've been together since I was 15 years old. I wish we could be assured we would go together. We have joked about it for years. Suddenly it's not such a joke.
Wishing you a wonderful day my friend and we wait and watch the events unfolding all around us. Meanwhile, I'm happily in my nest at home where I enjoy being very much.
Blessings,
Betsy

With all this extra time at home, I've been pondering. Although most of us have not dealt with this particular type of problem before, the issues that we humans face really don't change all that much. I guess if I'm honest, I still have moments of fear, especially when I think about my loved ones. But like you, Debra, I decided to dig up my favorite bible verses that deal with fear. I've written them down on sticky notes and now they're hanging around my kitchen sink area, where I can read them, and also around my bathroom mirror. Surrounding ourselves with God's truth brings true hope and freedom. Fear might be part of the human condition, but it doesn't have to take over and swallow us up!

Betsy-- I love that you read this post aloud to your husband and wow! That's remarkable that he's read through the Bible so often. So glad to hear you're happy at home!

Pam--that's a great idea about hanging up the verses around the house! And yes! Hope and freedom--that's what He gives us, even when many other folks are floundering in fear. He so wants us to be true lights.

A special thanks to you both! Blessings, Debra