When You're Tempted To Go All Hermit-Like 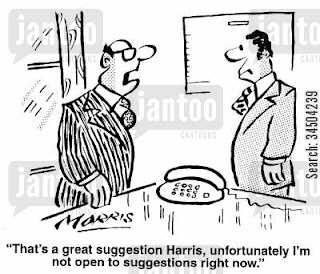 So did you see the story/photo yesterday where a Kentucky man took a photo of a motorcycle accident? And above the victim (who later died) it appears as though his spirit is standing over him?

Here's the article. Here's the photo (you can click to enlarge)-- 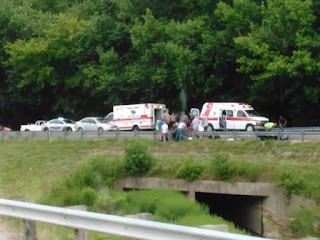 Personally, I found this wildly interesting for, hey, I've read many near death experience stories which involved folks hovering over their body while doctors tried resuscitating them. Then later they amaze everyone by reciting exactly what happened in the room while they were 'out'.

Unfortunately in this case, above, the young man did not come back.

Of course, I made the mistake of reading the comments after this Yahoo News story.  Good grief--all the rampant doubt, unbelief and confusion in our sorry world. Commenters denied we even have a spirit, stated there is no afterlife, doubted the validity of the photo, said this was just a shadow/glare/tree, declared it impossible since the victim wasn't pronounced dead until reaching the hospital and asked why the guy pulled over and took the photo anyway.

Some people are just no fun. Pause, ponder awhile, consider our understanding may be flawed, ask God what He thinks then answer gently or not at all? Huh. What's that?

Anyway, after reading a zillion comments following a zillion typical news stories, I often recall this from Luke 16:

Gee, is that still the truth Today, or what? Go raising someone from the dead and the Doubter Crowds will yell, "He obviously wasn't really dead!" And they'll say it's all a phony magic trick, God stopped doing miracles centuries ago, and you-evil-disgusting-person-you should be sued for misrepresentation.

Hate people?
Build an Internet-free cabin in the woods?
Say or do nothing controversial to anyone, ever?
Keep all Bible verses to ourselves?

Tempting as those things are, no. What remains is that we seek the seekers. That we ask God to show us who is open, longing for Truth-- then go to them. Love and encourage them into wholeness. And that we pray for the rest: that their eyes will open, that they'll become hungry for God who fills us with joy and everything else we need in Today's complicated, sarcastic, crazy, crazy world. 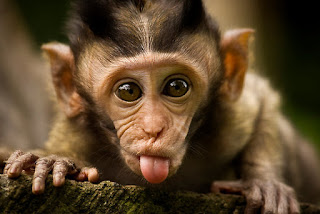 "You may tear apart the baby’s rattle and see what makes the noise inside, but there is a veil covering the unseen world which not the strongest man, nor even the united strength of all the strongest men that ever lived, could tear apart."   ... Francis P. Church

Here are a few sweet lines from another obituary from my CA hometown of someone I wish I'd known:

Alice was always involved in the community. She was a member of the Taylorsville Methodist church. She belonged to the quilting club. She always sewed and baked for the Fall Festival for the church. Alice loved to cook and bake. She made homemade bread for years. Everybody loved Alice's cooking. She was very much loved as a mother and grandmother. She was a wonderful wife and never forgot her husband Grobner, whom she is now with. 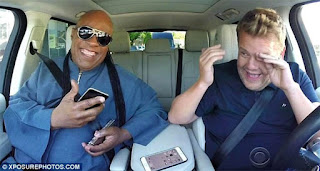 Wow....Tom and I found this hilarious and so much fun! Oh, the obvious glee upon James Corden's face---if only we all loved our jobs this much.   :)

I saw that picture too and thought it was extremely interesting.

The saying that I am hoping to make and hang somewhere in my home is "Never read the comments!" Ugh.

You and me both, Judy! I keep promising to hang an index card above my computer with those words. Sheesh. But I also keep telling myself I want/need to keep my finger on the pulse of the world so to be relevant here---but haven't I already done that enough by now? I've got that pulse memorized. :)

I posted the James 1:19 verse on Facebook a few days ago; quite a few people "liked" it and it is very appropriate in these dangerous times.

I watched that video it was great! I've seen some of his other videos but this is one of my favorites. You know, before I got my pacemaker my heart stopped for almost a minute. I I have absolutely no doubts about what comes after death and I do believe that picture could be real. I have absolutely no fear about what will happen to me when I'm gone. That doesn't mean I look forward to the process and the pain that might be involved. Ha ha! Have a lovely weekend my friend.
Blessings, Betsy

Saw the photo, quite amazing.
I do believe all spirits rise and maybe that is what this photo shows. I'll keep believing regardless of photos. The Bible says it and that's what I go by.
I have gone back and looked at that photo multiple times.