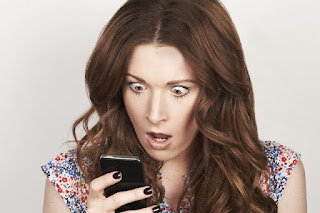 Nearly four years ago a certain relative disowned me. Well, pretty much, and has had nothing to do with me since.

Let's call this person 'Sam,' since it's rather gender neutral, ok?

Well, Sam was told by a relative about a conversation where I appeared to be unfair. Sam pretty much blew up at me online, publicly, even (though in a subtle way), and refused to listen to my side of that conversation.

According to Sam, I'd always been an enigma, impossible to understand, unlikable, and writing in a blog is just plain wrong. "There's no need to tell anyone else about this, ok? It's just between us.", Sam added (passive-aggressively, I thought). Then click! Sam unfriended and blocked me at Facebook, making any further communication there impossible.

After the first moments of 'being disowned' by someone I'd always known, I felt shocked. Then saddened. Then steaming, hopping mad. The nerve! I recited Sam's words to Tom and he got a bit miffed, but not enough to unfriend Sam at Facebook. I told Tom if anyone had treated him that way, I'd have unfriended them in a mega-second.

Tom said he'd think about it.

Yet, four years later? Sam's still on Tom's friend list which ok, maybe means he's more mature than I am. Maybe. He's not communicated with Sam since then, though, but the 'princess part of me' rather wishes he'd have defended my honor. But neither has he done that.

Me? I still feel that, if anyone speaks to Tom the same sorry way, that person is gonna get unfriended after some firm words spoken/written by me, first. Then click will go the unfriend button and----

I'd be doing the very same thing that Sam did! I'd be forming an opinion after hearing one person's side of the story. I'd be snipping the line of communication, not allowing the other guy his 'say.'

I'd be a hypocrite, doing what had unfairly been done to me.

Oh, how subtle and righteous-sounding our own personal sin can be. The old 'big, fat log in your own eye' thing.

Good gracious. What a l-o-n-g road is the one to maturity, even after God's already brought us quite the far distance.

And okay. So Tom was being more mature than me (darn.) Heh. Yet a tiny bit of sticking-up for me woulda been nice, too. But rather than force him to do so, I'll just stay ready to defend him.

I am responsible for my own choices, not others'. And God's choices for me don't involve forcing anyone to do anything.

Oh, as everyone's asking today, "Why can't we all just get along?" But actually? I believe God's going deeper and asking, "Why can't you all just love one another?"

He's already even shown us how. 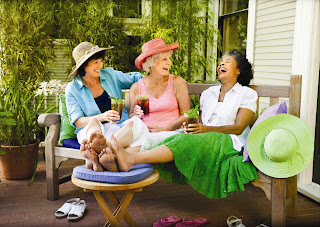 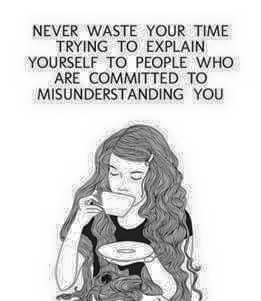 "But if you do not forgive others their trespasses, neither will your Father forgive your trespasses."   ... Matthew 6:15 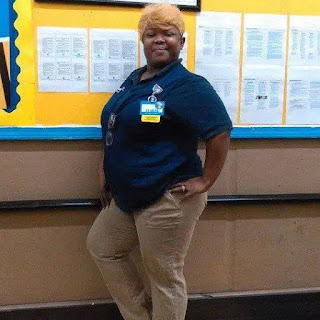 "So, on the way to work this morning, I noticed a State Trooper on the side of the road with his trunk up. I felt compelled, even with everything going on in the media, to stop and make sure he was okay. I never saw him, just the car. So, I creeped past at a snail's pace and turned around. I pulled up to the car and cracked my window, hands clearly visible. I saw a white trooper come from the side of the car. I said good morning and asked if he was okay and needed help. He smiled a brilliant smile and replied no ma'am that he was cleaning his windows. He showed the bottle and towels to me and I told him he had the good stuff. He chuckled and asked if I minded if he cleaned mine too. I told him I was OK but he insisted. Highlight of my day...state trooper cleaning my windows with the good Rain X cleaner. Every passerby had a stunned expression on their faces. Then an elderly white couple stopped by and asked if they could have theirs done also. Lol, so he cleaned theirs too. The lady offered to pay him and he said no, just say a prayer for me...so we did. Right along 46 in the wee hours of the morning parked beside the road for EVERYONE to see, we all linked hands and had prayer. White hands, black hands, officer hands, young hands, and old hands...gave glory like never before. I was late for work lol but it was truly worth it. Couldn't ask for a better way to start my day."
For our best love stories, subscribe to our free email newsletter: http://bit.ly/29l733Q

I saw that Facebook post too and thought it was great. Social media. Sometimes it's good and sometimes it brings out the worst in people doesn't it?
Blessings,
Betsy

I got goosebumps when I read that story; there is so much beauty and love in this world. It inspires me to spread that love around. Praying at the side of the road is a powerful witness.

Love that story about the trooper. We sure do need to lift all law enforcement officers up to the Lord for His protection and blessing. It's amazing anyone even wants to take on that job--especially with so much civil unrest right now.

Debra, I truly appreciate the reminder from Matt 7:3. I often struggle with being critical of others, to the point that it seems I'm always asking God to help me to stop judging others. Your personal story is a good example for us.

People just have a hard time communicating. Everyone wants to be right instead of talking it out.
I have a similar situation.... Breaks my heart but
I am going to love them anyway and I have asked God to intervene.
Bless you and all your readers.
Bev

Betsy and Terra and Pam--so glad you liked the story. Wasn't it inspiring and something we all wish we'd see everyday?

Thanks, Pam! I'm glad it was a timely reminder. I need those all the time. :)

Bev--thanks so much for the blessing! And we can both pray that each of our situations will have a God-ordained result.