What If Our Thank-You's Mean More? 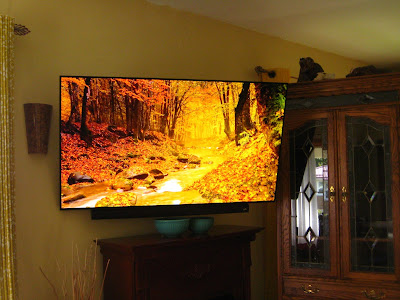 "When Jesus saw the 10 lepers, he said, “Go, show yourselves to the priests.” And as they went, they were cleansed. One of them, when he saw he was healed, came back, praising God in a loud voice. He threw himself at Jesus’ feet and thanked him—and he was a Samaritan. Jesus asked, “Were not all ten cleansed? Where are the other nine? Has no one returned to give praise to God except this foreigner?” ... Luke 17: 14-18

Wow. In January? Here in Buffalo we saw the sun maybe just 4 days. And that's odd because some winters our sunshine amounts have been recorded as similar to Orlando's.
Not this year, Honey. Not this year.
Yet what's gotten this light-loving gal through the greyness (besides almighty God, that is)? Playing Tim Janus' gorgeous autumn-scenes-with-music videos on our big tv.
Oh yes! It's like staring out a huge window at an autumnal world that's still out there when, actually, it isn't. It's like feasting ones eyes and mind with encouragement steak. It's like drinking-in a golden liquid hope.
Or something like that.
So anyway, what did I go and do? Via my computer I zipped over to the Youtube page of my favorite Tim Janus video and thanked him. You know, for making my long Buffalo winter feel like one lovely autumn afternoon.
Next day, Tim thanked me for my comment. By his words, I could tell he appreciated it.
(Now, did you read that scripture passage, above? Please do so before going further. Ok, you're back? Let's proceed.)  シ
People share their lists of the scariest things about being online. We've all seen them: vulnerability to strangers, as in being hacked, stalked, bullied, etc.
But what I find even scarier? On any average day, I may be failing to take my online responsibilities seriously. I might not be thanking those who help/inspire/teach/encourage me.
Yikes.
In that Luke 17 passage, it appears huge to Jesus that only one healed man returned to thank him. Only one! (And did I detect an incredulous tone in Jesus' voice?) From that one portion, alone, it seems that thank-you's matter to God.
And I'd write more, but this being only a blog post, I'll just leave each of us (myself most certainly included) something to consider:
What if by not expressing our gratitude toward those who've lifted us higher, we're not completing our thanks to the God who helped us through them?
Oh dear. 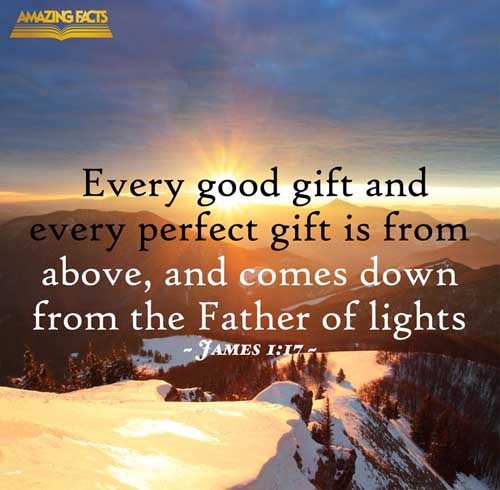 Some people feel their gift is to spread criticism toward those well-known Christians who--though bolder in faith than they'll ever be--are making mistakes. Fine. You and God will have an interesting chat someday. But me? I'll spread thank-you's and pray over the mistakes, theirs and mine, as well.


What if someone is missing today what our gratitude could've given them?


'To whom much is given, much more will be required' and via the Internet, alone, oh what we've been given regarding responsibility toward other people!

Oh, this was cool!  And as I told my friend who shared it at Facebook-- "Wow. I love this. Much more realistic than the memes which say,'If your guy doesn't buy you flowers, open the car door for you and hang onto your every word, throw him out.'"  ツ

"For although they knew God, they did not honor him as God or give thanks to him, but they became futile in their thinking, and their foolish hearts were darkened."  ... Romans 1:21

I agree whole-heartedly Debra. I think the world could become a kinder, gentler one if we all remembered the manners we were taught as children and said simple Thank-you's. I start out every single prayer by thanking God for sending Jesus to this hurting world, specifically for me.
Some friends had a small surprise party Saturday evening for my birthday. Yesterday I took hand-written thank you's to church to give each person who was there, even though there were no physical gifts. The fact that they took their precious time to celebrate with me was the best gift. Several people were amazed that I bothered to thank them at all, let alone so quickly.
Now, I know I'm not perfect at it. In fact, I probably forget more than I do thank people, but I really do try my best. I do think it's important to God that we appreciate each and every gift we're given, no matter how small. That may be a word of encouragement, a pat on the back, a hug or an actual physical and tangible gift.
I hope you have a lovely Monday Debra.
Blessings,
Betsy

I like this post and do try to thank people often. All good things come from our heavenly Father and thank yous are blessings to people. I am also thanking God for more things, so my prayers are longer recently.