Something I've Never Told You 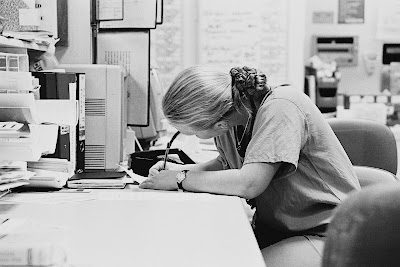 
So at age 13 I felt writing was my super power.

No, really. Even if my history teacher assigned an essay about some boring, complicated Country, I'd think, "Hmm. At least I can make it sound like I know what I'm speaking of." (Visions of Samantha Stevens twitching her nose often came to mind.)

Then at 15 God nudged me to encourage church friends and their parents. They'd look discouraged so later I'd hand (or mail) them cards with Bible verses or poems I'd written.

Once, a friend asked me to write a poem about her grandfather. All she said was he used to build things in a backyard workshop so I hesitated (that's not a whole lot to go on), but then said, "Ok. I'll try." I went home and with rhymes described a 'filmstrip' in my mind.

Weeks later my friend's mom picked up the poem in her room, read it, then said, "That's my daddy! That's how he was. How did she know?"

Lots of moving with my family followed that, then my one year in college (Debra: the college dropout), then marriage and baby Naomi. And still I wrote letters and poems to encourage folks.

But when I was 22, my pastor told me, "Don't write encouraging notes to people. Speak them out loud. It's a bolder thing for you and will help you break through your shyness."

Oh dear. Yes, I was shy, so I understood his reasoning and agreed I should be able to speak encouragement aloud. But never again write? For 3 days I felt sad and blown away. I mean, hey! He was our pastor and he knew best didn't he? And God speaks through pastors, right?

But soon (thank-goodness) the blessed balance of wisdom came. I sensed God saying, "Do both. Speak encouragement aloud and write it. Just be led by Me each time."

So I chose that--although--being young and silly, at first I felt guilty writing notes/poems again and sent them only to folks who our pastor did not know. ツ

1.) As I wrote on Monday, always satan comes along to crush God's work through us. See that for what it is and don't blame the people through which it comes.

2.) God sent each of us to Earth to bless others in specific ways. Never, ever were those ways meant to be secret/confusing. Most likely whatever we love and are good at, THAT'S the gift God sent with us down here.

(Yes, it's usually that simple--and that's why we miss it!)

And when we faithfully do that thing? We'll reach our life's end having completed God special idea, His plan, and we'll have left smiling folks behind who were grateful we did.


Listen to others' advice, but always let God tweak what came across imperfectly.

" Oh, and to clarify after Betsy's comment: back when I was shy, still, I could easily speak in front of a classroom or church service. Why? Because I was always (mysteriously, kinda) able to believe that God would speak through me. So I never relied upon myself, only Him. And that, Folks, is just one reason why people have often told me they don't understand me. heh." 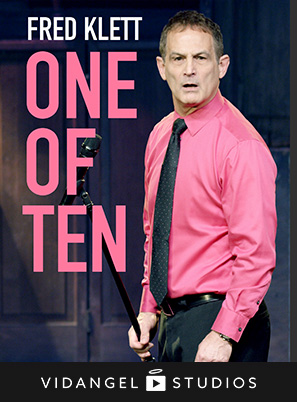 Speaking of using gifts, have you heard Fred Klett? What a hoot, especially when he shares about his family while growing up. You'll find many other of his videos there at Youtube.

“Those who die with their music still on their tongues unsung are trying to say “God had made a deal with the wrong customer like me”― Israelmore Ayivor, Daily Drive 365

So true Debra. I have always wanted to be able to get up in front of people and speak because I was told it was "mind over matter." But I'm terrible at it. Shy, shakey and would actually get physically ill whenever I had to talk out loud. I am so much better one on one and I'm a pro at sending cards!
But my gift? I truly believe God has blessed me with two of them. My needlework of knitting/crochet that I give away to others and more importantly, prayer. I spend lots of time in prayer and even combine the two. When I'm making a charity item, I always pray for the person who will ultimately receive it, but also for the workers who pass them out to the recipients.
Not a high profile gift, but it's more my style. Behind the scenes. I was also always the one working in the church kitchen at retreats, etc. Not the one out front speaking. Still serving but in a different way.
Just like the body. Not all are tongues, ears, arms, etc. We all have our own purpose.
Blessings and love my friend,
Betsy

I like how you handled the pastor's advice and choose to use both in person words and continued writing as ways to encourage people. I do that too. I will watch the Klett video and check out the book you suggest, yes, I always welcome more humor. In women's Bible study of Philippians Paul repeatedly says we are to serve others and to put their interests above our own, which relates to encouraging them.

Oh Debra, when I read about your former pastor "guiding" you into speaking rather than writing, I'd like to sit him down and counsel him!! One thing I know for sure, pastors and church leaders are frail human beings who often make mistakes...just like the rest of us. I am SO GLAD that you have found your gifts and are using them, often.

Oh Debra, I am so happy that you posted this! I too have the gift of writing/encouragement and love doing it (as long as I don't burn myself out!) I need to learn to do things in moderation - I think it was in September or around there, I joined a group that sends cards to the elderly and those who are ill and in a one months time, I sent nearly 50 cards and needless to say, I burned out from doing so many and have yet to start again (though I do shortly plan on it!)

Another thing I do is to work with plastic canvas and I make small crosses and have done this for years and have made literally made thousands of them. Some for local nursing home residents, some for friends or people I meet and some went overseas with local people going for missions and an untold many of them went in Operation Christmas Shoeboxes.

I love doing both things and feel that I'm good at them but at the same time, I've always had this thought in the back of my head that I didn't know if those were things I was supposed to be doing for God or if they were just things that "I" loved doing and decided that I was going to do for Him.

After reading what you wrote, it just made me feel like that yes, I am doing what God wants me to do ... those are my talents and also things I love doing and why would He give me these talents and not want me to use them for His glory, right? (HUGS)

Betsy-- I enjoyed chatting with you again at Facebook and I'm so happy you've realized that you do have at least two very strong giftings from God! (And I'm thinking you've got even more.) :)

Terra--thanks so much! Balance is such a wonderful thing, right? And that's so true that we're all to be encouragers to some level even if it's not a strong, specific gifting from God. I try to communicate that through my blog, but am not certain how well it comes across. heh. Thanks again!

Pam--thanks for making me giggle! I could just see you sitting down with our former pastor and instructing him. Heh. Loved it!

Debi--oh my! Your comment made my whole week. Really. While reading about your plastic canvas crosses I was thinking, "Yes! That's such an obvious gift. Love it." And now I'm so thrilled that I in a small way have helped you see it as a gift definitely from God. It sounds like one so much from Him, at least to me! And I totally get it about overdoing this stuff. I've so been there, done that, and often find myself needing to take a week off lest my head spin off my shoulders. heh. Thanks again!

Thanks so much, Everyone! Blessings, Debra