Sitting In The Cheap Seats While The Battle Rages? 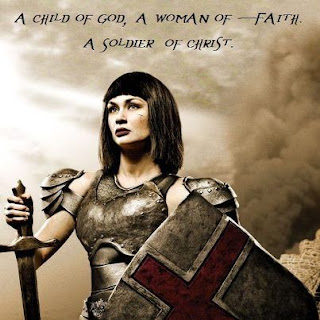 How tragic to arrive in Heaven without blood spots upon ones face from having fought godly battles, never wielding the sword of the Spirit at lying demons of deception.


Tom and I enjoy shows like SWAT. Why? Because the team fights against darkness (crime), stands honorably together, even to the death, and never wimps-out regarding criminal activity. They search for the root and squash it.

Last year the team's one woman entered into a permanent 3-way relationship with an engaged couple. (If I'd just alluded to something vague, you'd have imagined a variety of sins, so I'm sparing you, actually. Er hem.)  シ

Now, this was before our cable provider enabled us to fast-forward CBS shows, so Tom and I would mute the conversations between these 3. The SWAT team? They were divided in their feelings.

Anyway. On SWAT's Facebook page over 3 posts, around 15 (less?) of us complained about this relationship, citing the sin/foolishness of it and that we'd cease to let our families watch SWAT if this storyline continued. I don't recall any name-calling or arguing, only a calm-but-firm calling-out of the writers. (Probably Twitter fans spoke similarly.)

A couple weeks later? The storyline faded, then was dropped. It ended with the team member's hurt feelings (as it would in Real Life).

Wow.  Only a few of us spoke up for truth! But it made a difference.

Many fans had made no reference to the sin in their comments, others defended the situation, some told us simply, "Then just don't watch SWAT." (Avoidance. It's lowered us into many current disasters.)

But you know? Always I'll feel grateful that, while the chance was there, I didn't just watch the battle, but I stood with others, shifting this show back onto a more honorable track.

Today's lesson? Bravely speak the truth while you still can, even if it costs you something dear.

You don't have to argue--just speak truth from God's word. No opinion is more powerful. Let the Word simmer in others' hearts.
You don't have to call names. In fact, I'd suggest you don't. Sarcastic name-calling instantly builds a wall through which people can't hear truth. We'll be held accountable for that.

And yes, Jesus 'told it like it was' to Pharisees and teachers--


"Woe to you, teachers of the law and Pharisees, you hypocrites! You are like whitewashed tombs, which look beautiful on the outside but on the inside are full of the bones of the dead and everything unclean."  ... Matthew 23:27

-- but only after He'd shared truth far and wide. His timing was perfect, His name-labeling was perfect, but personally, I'm not going to chance it because I'm still too much me. Too imperfect.

wear the belt of truth,
the breastplate of righteousness,
the shoes of peace,
the shield of faith,
the helmet of salvation and
the sword of the Spirit.


And I will fight using those, thus creating my history upon this Earth, a history I can only write here, not in Heaven, one I'll have to live satisfied with for all eternity. 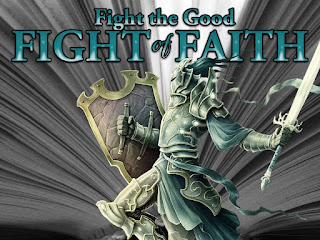 In Heaven? May I look back with gratitude that I chose to fight for truth upon Earth rather than, in some dark corner, cowering in silence. 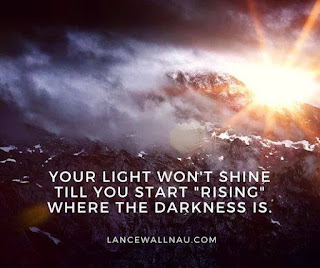 Lance Wallnau. Man, he's cool and I hope you'll watch his videos at Youtube. Often he'll speak of our 'sphere of influence'--how many folks in our life do we have who will listen to us? Ten, twenty, hundreds? Are we speaking to them about truth?

Other times he'll ask things like, "Would we have stood with President Lincoln against slavery at that time in history or just had 'church as usual'? Would we have marched with Martin Luther King Jr. during those specific years in Time or just chatted about everything unrelated to civil rights at home or church?"

Good for you Debra! Sending you a private message on FB.
Blessings,
Betsy

Such a stirring and necessary post. I truly believe there is a huge group of upright, God-fearing, Bible believing people in the world who think that no one will listen; that their opinions aren't important. It can be scary to take an unpopular stance, but if we believe in God, the Bible reminds us that the battle is his, but he uses us lowly humans to be his hands, feet, and voice. I believe in 2 Chronicles, it talks about how God only asked for his army to stand, and then God won the victory. Most of us could "stand" without too much effort, and that's a good place to start. Proud of you, Debra, for even thinking about going to Facebook to voice your opinion about that TV show! I wouldn't have thought of that.

Betsy--thanks for contacting me at Facebook! I really enjoyed our conversation.

Pam--thank-you for reminding me about that 'standing verse'! I'd been meaning for days to share from that so I did share something at Facebook and it'll most likely appear in my next post. Thanks for your kind words, also!

I appreciate you ladies! Blessings, Debra