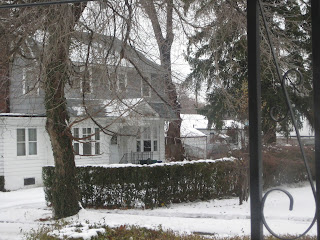 And so it begins. Another wintertime.

See, Tom's and my annual Big Night Out is coming up. His company's holiday party will be held at a lovely banquet hall/inn in Buffalo and we'll spend the night there so to avoid a dark, treacherous, spoil-it-all road trip home.

Well, after much time and thought, I ordered a tunic top for the party, but you know? Two days later, I thought, "Darn. I should've bought something in a more Christmassy color. What was I thinking?" (Just like a woman, all change-her-mind-ish.)

So I decided to order a different tunic, one in red. I'd just keep the other for more casual times, though I could've, later, found something like it at Salvation Army for cheaper. But oh well.

Here's the really weird part. That first tunic was late, so I checked the transit schedule and saw that, yes, it had arrived at our local post office but what the heck? From there it was returned to shipper.

Well, days later,  I did one of those 'chat online with someone at our store' things (the guy was super so I later rave-reviewed him) and he easily removed the charge for that tunic from my credit card. Ta da. Easey peasy.

And now I don't have to pay for something that I decided (late) that I didn't really want anyway.

Call me silly, but I believe Grace had her fingers in that somehow. And still I'm learning to always expect goodness. 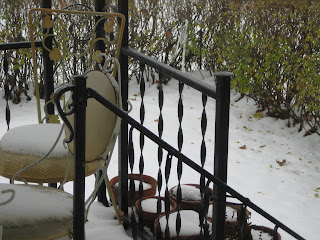 "Surely goodness and mercy shall follow me all the days of my life."  ...from Psalm 23

Oh, and yesterday at Netflix while watching the old (1941) movie, Dressed to Kill, my eyes scanned the rooms for decorating ideas (that's what I do) and in the kitchen when I spied a thermometer, I thought, "Oh! That's something I don't have."

So some minutes later, thanks to Ebay, I bought this metal one--- 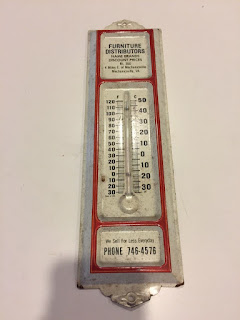 ... which I'll center (and hang a tad higher) between these happy faces (unless I change my mind, of course) --- 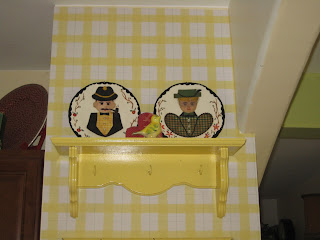 And being me, I got this for cheap (have you seen the prices on some of these vintage thermometers? Eegads.).

Oh, and that reminds me. Remember when Tom bought that crazy new car (without my blessing) and I was all, like, "Now we'll be living paycheck to paycheck"?

Well, let's chalk that up to a rather 'deer in the headlights' reaction, ok? (Being human and all, hopefully I'm allowed the occasional hissy fit.) I'm still finding money for books and decor so, crossing my fingers, things are okay in the finance department. 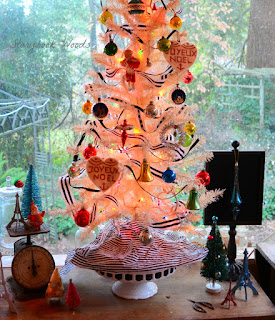 Oh, and since you're not gonna see a lot of Christmas decor at this (my) blog, I'll send you over to Clarice's beautiful Christmas pantry.  You'll love it. 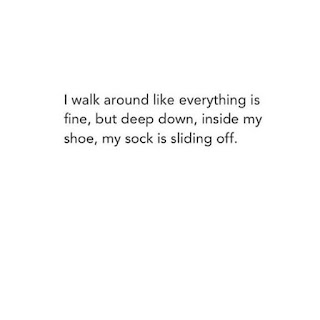 “A lot of people like snow. I find it to be an unnecessary freezing of water.” ― Carl Reiner 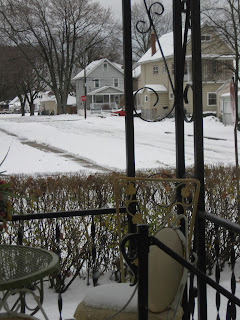 i love those God moments too ... when grace abounds and my human frailties are covered and become teachable moments ... yup yup ... i like your quote re the water /ice ... i can say amen to that! LOL

blessings as you allow the season to wash over you and your lovely home!

Carl Reiner's quote?? That's how I'm feeling. We've had snow every day for the past 4 days and I just came inside from shoveling the driveway yet again. How nice that you were able to get a credit for something you no longer wanted anyway. Love those moments. That thermometer is so cool. You find the neatest things my friend.
Blessings,
Betsy

Saija--yes! Those are always special, memorable times. So grateful that God sees how silly we can be yet still loves us much! :)

Betsy--yes! That quote is great. Brrr... it's cold out there, but you know? I'm still so grateful that the heat and humidity are gone. Boy,they were rough. And what are you doing shoveling snow? :)