January This And That 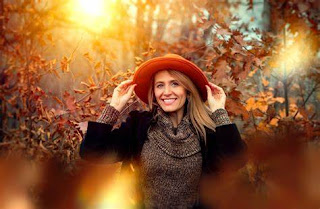 1.) If you're interested in the old Sears houses built from kits, you'll most likely enjoy this video. Frankly, I never tire of learning more about these.
2.) You realize men's t-shirts are often less expensive than women's, right? Walmart has a package of five v-neck shirts (after years of watching What Not To Wear, that's the only kind I'll wear) for just $3.25 per t-shirt!
Now yes, they fit kinda masculine-y, but since I always wear flyaway sweaters over mine, it's not a problem. At least, not to me.  シ
3.) Does this tickle your imagination, or what? 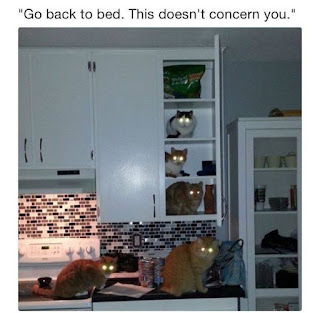 4.) I'm enjoying Gab.com! The site's owner even shares Bible verses and truths and many folks wish us good morning, adding beautiful images. So because it's a woman's perogative to change her mind, I'm considering remaining at Gab even after Parler returns.
5.) So when all the lockdowns began last March, I had 6 weeks' worth of dishwashing gel. I wanted more, but oh my! Everyone seemed sold-out online. But at Amazon they had this so I bought 2:

Oh brother. Weakest excuse for dishwashing gel, ever! Eventually I found 2 bottles of good ol' Cascade and am still using-up this awful stuff by adding it to the Cascade each load. Live and learn, right?

6.) Any other Disney+ watchers loving Wanda Vision? Wow. It's as though the writers asked me, "Hey Debra. If you could create a tv series, what would it be like?" Seriously, Tom and I both hugely anticipate this show on our 'Saturdates' (as Naomi calls them).
7.) Everyone have their Valentines ordered? Each year's a lovely one in which to send Valentines, but 2021? More perfect than ever for reaching out to anyone with love.
Oh! And Rita in the comments asked if I could include some links to cute Valentines. Sure! I'll add them at the bottom of this post. Thanks for asking, Rita. 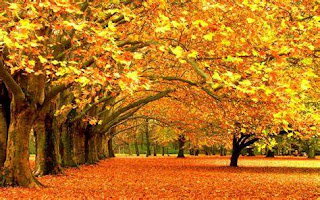 8.) Oooo... Daniel The Cat loves this new Tim Janis video. Why? Lots of birds! Sometimes he even acts like he'll jump up on the screen. (Yikes.) These gorgeous autumn videos feel like my winter medicine and do me much, much good.
9.) And since you certainly won't hear this from our government, again, I'll post what I've discovered boosts my immune system. In nearly 10 years I've only been sick twice and I feel these, below, hugely help. Daily I take--
5,000 units of Vitamin D3 2,000 units of Vitamin C (divided doses)
1 acidolphilus capsule
1,000 units of krill oil
500 units of magnesiumAnd lately? 50 mg.'s of zincLots of forgiveness toward others
And much godly, peaceful contentment
I would tell you I exercise and eat right, but that would make me a Big Fat Liar.   ツ
10.)  So pretty, right? (Posted on Gab by BrownEyedGirl1961.) -- 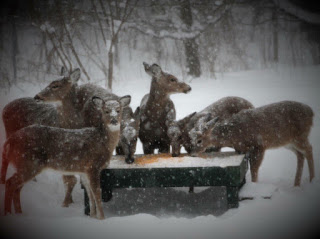 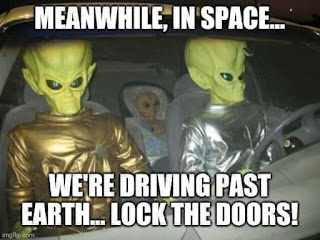 And I shared these at Facebook because, hey, they're true: 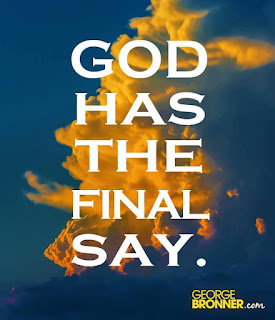 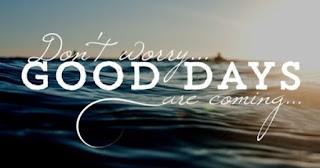 ******
Here are a few Valentine links. Some cards will need to be placed in larger envelopes if you wish to mail them.
Valentines #1
#2
#3
#4
******
Right now say what you can while you still can wherever you can.
"For if you forgive others their trespasses, your heavenly Father will also forgive you, but if you do not forgive others their trespasses, neither will your Father forgive your trespasses." ... Matthew 6:14,15
Posted by Debra at 11:23 AM

Good reminders today and some fun new links too. Thanks Debra! Love the memes.
Blessings,
Betsy

This post is chock full of goods stuff. I always appreciate your honesty and hope, Debra! Those kitties lined up in the cabinet put a smile on my and hubby's faces. Yes, I have stocked up on groceries and even got a big supply of those candles you recommended. It feels good to be prepared and you and my kids inspired me to do this. Thanks!!

Debra
I watch and read your blogs all the time. Also send to my daughter. You have many great ideas. Would you give us a few links to vintage or cute Valentines to send. I think it is great fun to send a few. Thank you for your wonderful blog!

Betsy--so glad you're enjoying the links! Hope they keep you busy with good things.

Pam-- Happy that you're also enjoying the links and that you and your hubby smiled at the crazy cat photo! :) Also, thanks for letting me know you ordered those votives and that you're as prepared as always. Doesn't it feel great?

Rita--hi Rita! After reading your comment I went back and added some links to various Valentines I came across while ordering mine this year. Thanks for asking about them and for your kind words about my blog, as well!