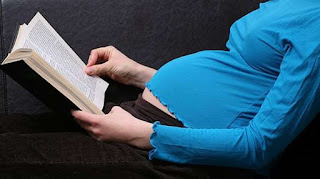 "Heal the sick, raise the dead, cleanse those who have leprosy, drive out demons. Freely you have received; freely give."   ... Matthew 10:8


So there I was in 1979. Pregnant (and yes, married. heh.) sitting in a (forgive me) dull women's home Bible study. Nearly asleep.

Suddenly, within my spirit, I 'heard', "Always live ready to raise the dead."

Certainly that woke me up. With big eyes I sat there, pretending to read my Bible, reeling over what those words might involve. "Lord, just what do you have in mind for me?", I wondered. "Will someone die soon? Will you expect me to rush over to them and pray they'll come back?"

This may sound odd, but though a bit nervous, I was very open to doing that. Since age 6 I'd believed God could do anything. Seriously.

Well, in the 40 years since (40 years?!) I've realized that, yes, God literally meant I should remain close to Him, in His Word, and willing to pray over an actual person who'd died too early.

So get that part, ok? And if someone you love dies prematurely (though we and God often differ over what's "too early"), please contact me and I'll pray with all faith. After all, 40 years is a long time to prepare for these things. I'm ready by now to lay hands on a dead person and pray, believing. I am.

And yet? Those words from God also meant something else. I'll phrase it this way: "Always live ready to awaken the sleepers."

And that's something I've tried often to do in this blog. But usually, it's pretty subtle. I mean, God's shared some powerful wake-up posts here, but most of them could be titled, "Simple Basic Ways to Grow In God," due to the even-kids-will-understand-this writing style He's given me. The hugeness of some truths have escaped many, heck, even myself at times.

But after we've all grown up, matured, then what?

Then comes the time to do what we've learned. To share with others, in boldness, what God, time and lessons have convinced us of.

And this is the part where I say that my future blog posts--not all, but many--will appear, well, different. Bolder, stronger, more let's-ask-God-to-use-us-to-shake-up-this-crazy-world-because-it-won't-get-better-unless-we-do-ish.

Why? Because more than ever God's telling me to pass along this mandate to you, my fellow grown-up readers (many feeling this way lately, also)--

And together, with God, we can do this. We can walk in the boldness these Times require of us, days when no longer can anyone sit quietly on a fence 'just being sweet,' praying that will open blind eyes to see our great God.

It's gonna require more. But I'm thinking--by now--we are ready to show them more--our bold, tell it like it is, Jesus. The only way to God. 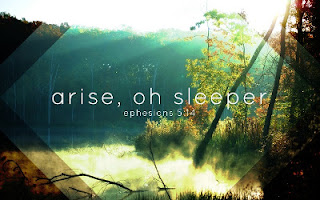 But their evil intentions will be exposed when the light shines on them. This is why it is said: "Wake up, O sleeper, rise from the dead, and Christ will shine on you." Be very careful, then, how you live--not as unwise but as wise, making the most of every opportunity, because the days are evil."   ... Ephesians 5: 13-16 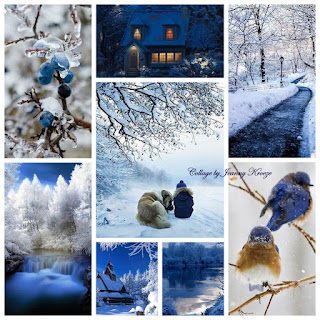 "For if you remain silent at this time, relief and deliverance for the Jews will arise from another place, but you and your father’s family will perish. And who knows but that you have come to your royal position for such a time as this?”   ... Esther 4:14 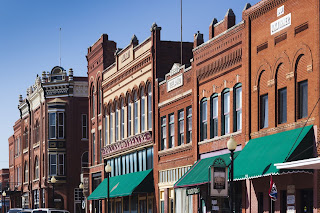 Want to get out and do some traveling on these snowy winter days?

The guy at The Daily Woo will take you all sorts of places. I especially like his back-road-in-the-middle-of-nearly-abandoned-towns videos. Even got ol' Tom hooked on these yesterday morning.

And of course you know I loved this one!--

A Day In The Real Mayberry 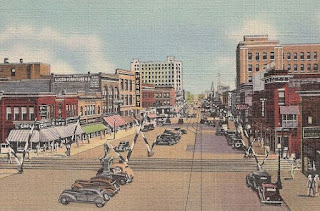 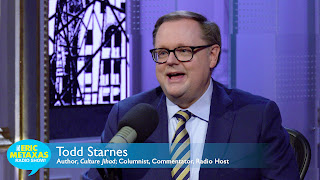 Oh! And one last video which I saw this morning. These guys spoke aloud to me what God's been saying in the silence. Like this:


"I put God first and we must always be clear--that's why we are political. We put our faith first... A lot of people think being nice is a Christian value. And you know what? ... There comes a time to fight, even if you don't want to. You need to fight and stand. 'Silence in the face of evil is evil, itself.'"  ... Eric Metaxas, Dietrich Bonhoeffer

We are so here these days, Folks. So here, though yeah, we don't want to be-- 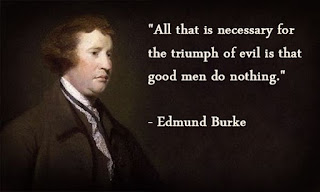 Well done Debra! We do need to stand up and be willing to speak wisdom in this world we find ourselves living in. You write so well and get the point across so all can understand. I need to be braver and ready to defend the Word in all times. Sometimes I find myself backing down as I don't like conflict at all. I don't think most people realize the perlious times we're living in and that time is short.
Blessings,
Betsy

It is refreshing to read this post. Debra, I'm grateful for your obedience to write the truth. We're living in murky times and many lose their way. Sometimes I get caught up in daily life and forget to look at the big picture. God has a purpose for each of us and we need to spend time with him, then face our world, and do whatever he leads us to do. There are opportunities to share Christ everywhere and I want to be faithful. After all, what matters more than being faithful to God?

God bless you, Debra ... you sure know how to stir a person up and make them really think. Thank you once again! (By the way, I too love how you write and am sure thankful I found your blog.)