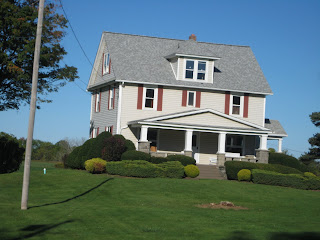 So do you remember when Gomer Pyle went running around in circles calling loudly, "Citizen's Arrest! Citizen's Arrest!"? Well, for the past forever, Tom and I have, when one of us has changed his/her mind, mimicked that, only we say, "James 1:8! James 1:8!"

That's the verse which states, "A double-minded man is unstable in all his ways."

I guess I was thinking of that today when I spoke with my mom on the phone for the first time since Tom was laid off. Not only did she already know about the layoff (having been told by my sister who could only have read my announcement either on Facebook or here in my blog), but I could tell she'd given it a lot of thought. She said if things go bad for us, we could move in with her (in California), store our stuff in her garage and Tom could look for a job (or whatever) in Oregon from there as a home base of sorts.


Gah. Now I'm wondering if my sister also mentioned to my mom that just months ago we'd toyed with the idea of retiring in Oregon.

In this blog, when it comes to Tom and myself making future plans of any type, I am just thinking aloud, ok? Just. Thinking. Aloud. Playing with dreams. Using my imagination, challenging the status quo and stating the current Wish Of The Day.


That's all. That's it. Any chatter about future plans is not written in stone nor is it a declaration of what will certainly be. Instead, it's only dreaming (and all the other stuff above) 'on paper' so to speak. It's letting others know what the talk is around our house, what's currently playing inside Tom's and my heads.


Tom and I abhor brain stagnation and shoving God into tidy, safe little boxes so we enjoy dreaming, making all sorts of plans, laughing and getting all starry-eyed. But then we get realistic. And usually sit back down and do the same ol' same ol' things, only occasionally moving or doing something which other folks deem wild and crazy. 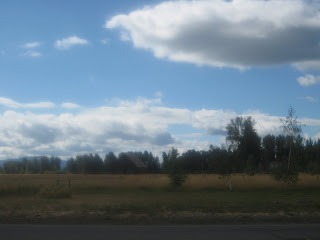 Right now all we are dreaming about is our upcoming cruise. We have been waiting for it since February & it is finally less than a month away. I do hope that situations drift into the area of your dreams. Have a great weekend.
Odie

Talking of possibilities, is a great thing! We do it too. How sad, not to.

Our wonderful idea of having an electrician put in a needed plug... Well, it was wise. But then our shower/tub "works" stopped working. -sigh- Guess what? We needed a shower, NOW. The plug will wait a bit. :-)

Just another example of how no one makes idea/possibility plans, set in stone.

Be we gotta' keep thinking them up!

Gentle hugs,
From this 'Aunt,' who is being 'Sweet Aunt Bridget', for the day.

I LOVE the dreaming part.