Sorry, But I'm Gonna Be All Joshua-and-Caleb-ish About This. 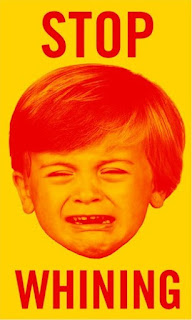 "Because my servant Caleb has a different spirit and follows me wholeheartedly, I will bring him into the land he went to, and his descendants will inherit it."   ---Numbers 14:24
******
So who from the Bible do you wish to meet after arriving in Heaven?
Ask me and I'd reply, "Take me to Joshua and Caleb!" Why? Because 10 of the spies Moses sent to scope out the Promised Land returned as big babies. Whiners.
"It's like the Land of the Giants over there!
If we go, they'll chew us up.
We felt like puny grasshoppers.
We'll never live in such a rich, fertile land.
The cities' walls are too thick to break through.
We cannot do this. We just can't."
But Caleb! He declared, "Knock it off! Hush. Let's go and take possession for we can certainly do this." Then that night Joshua joined him and together they tore their clothes and shouted to their thousands of fellow travelers--
“The land we passed through and explored is exceedingly good. If the Lord is pleased with us, he will lead us into that land, a land flowing with milk and honey, and will give it to us. Only do not rebel against the Lord. And do not be afraid of the people of the land, because we will devour them. Their protection is gone, but the Lord is with us. Do not be afraid of them.”   ---Numbers 14:7-9.
Yet even so, still, the power of God meant nothing to the 10 whiner spies. And the huge crowd? They believed the spies' bad report. Repeated it aloud.
Yet to Joshua and Caleb, God's power was everything. Real, huge and so capable that they knew this, they believed God's perspective:
Impossible situations appeared like tiny grasshoppers to God.
But the crowd. Because they'd beheld God's wild(!) miracles, yet chose not to believe for this next one, they bore a heavy responsibility. They worried instead of believed, cried, spoke fear over their children and wished they could die before any new battle.
Well, they got their wish. Pretty much they all died.
That is, except for Joshua and Caleb and a bunch of little kids, who, 40 years later--with God--marched into the Promised Land and took over.
They believed God, not the bad news. Not the whiners, dreaders.
They walked by faith, not by sight. Didn't base faith upon appearances.
They reminded themselves of God's miracles.
With Him, they knew they were mighty warriors on the side of truth.
Now, lately what I'm hearing? Too many Israelite echoes:
"Boo hoo. I can't do this anymore.
2020 is too hard. It's just too hard.
Sniff, sniff. The powers that be are too powerful. They'll always win.
I just want to die and go to Heaven. Now.
Jesus, come rescue your poor, tired people with the Rapture."
People, people! Jesus is returning for a glorious bride without spot or wrinkle, remember?
Glorious:  glorious objects or persons have the quality which is described by the word "glory," that is, they are honorable, dignified, powerful, distinguished, splendid, beautiful or radiant.
Where's the glory in whining, doubting and fearing? Hmmm? And where's the excitement that we're alive during these historic times?
Anway, one last thing.
I also refuse to just quietly accept any election that's now appearing more crooked than the Leaning Tower of Pisa.
No, I'll not just go quietly into the night. No, I'll not accept what the media declares when it's not even their job to decide an election's outcome. And no, I'll not even post a single "If Biden wins" meme, either!
I'll not agree with--in any form--what appears to be mega cheating. It will have to be proven to me that this election was fair and above board, for already much scandal is being leaked. And it's only started.
So in the meantime? I'll choose a Joshua and Caleb attitude, one that insists God is huge and certainly well able to make things right. And this, always I'll remind myself of this-- 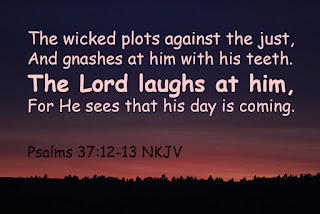 ******
This, below, is also from that portion with Joshua and Caleb--
"The Lord replied, “I have forgiven them, as you asked. Nevertheless, as surely as I live and as surely as the glory of the Lord fills the whole earth, not one of those who saw my glory and the signs I performed in Egypt and in the wilderness but who disobeyed me and tested me ten times— not one of them will ever see the land I promised on oath to their ancestors. No one who has treated me with contempt will ever see it."   --- Numbers 14:20-23
Looking back from the other side of eternity may we not be embarrassed by crybaby behavior when God hoped we'd be bold as lions. With God we are well able to live boldly in 2020!
"Delay doesn't mean defeat."   ---copied
******
If you've mostly just listened to the main stream news then it's likely you've not heard about the tons of terrific things President Trump has done for our Country.
Well, never fear! I've been keeping a sort of scrapbook. ツ
You've read the first portion, but I've added updates and if you'll also scroll down there? My, my, my... that long list will blow your socks off. 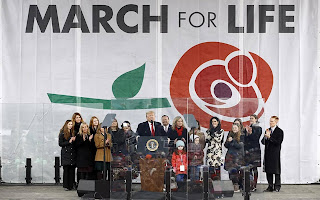 ******
Any other enjoyers out there of vintage game show tv? I'm having a great time watching these--
Truth Or Consenquences (I loved this one at age 6!)
Let's Make a Deal
The Price Is Right 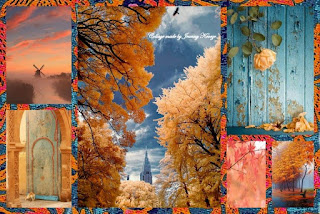 "At first, I was deeply concerned that the initial shock of the fraud night might drain the fight out of the millions who support Trump. Now I am seeing a giant with a terrible resolve rising. The masses are not going to let this go away no matter how arrogantly Biden is paraded as president by the fake news outlets.That is why there is hope and excitement in this situation."   ---Mario Murillo

I enjoyed this post. Yes, mega cheating. I hope President Trump's lawsuits have a quick success, we need to stop and undo this cheating or it will go on in the future for all elections and democracy will be finished. Our God is mighty to save, so I have great hope.

Yikes! I feel like my comment yesterday may have helped contribute to this one today! (See how important I think I am?) Ha! I agree about the whiners, but hopefully I came across as more factual. It's been an awful year. I didn't even list the 5 deaths in our family. Close family.
I know without a doubt that God can overcome all of the shadiness and dishonesty that I believe took part in the election, but, sometimes He lets us live with the results of the decisions those who don't follow Him make.
I pray for His will always.
Blessings,
Betsy

Terra--thanks so much! Sounds like we're on the same page. That's so true about the future and I believe that's why God allowed this to happen--so that all the cheating (and cheaters) will be exposed and then dealt with and corrected.

Oh Betsy! I'd been thinking about much of this post for weeks, especially the parts where Christians are feeling like victims and they just want to get out of here without becoming victorious. I've watched that all over the Net since last March and it finally just got to me. Most of my posts come after weeks or even months of meditating and listening to the Holy Spirit so no, it wasn't about you. heh. While I'm here, though, I'll say I'm so sorry to hear about all you're going through at once! It's always harder when it's not just one thing at a time. But this is your opportunity to shine with all God has taught you and all His work He's put into you. I know you can do this victoriously and make Him proud!

Pam--so true! God is truly doing amazing things during this year when satan is trying to take over. So much exposure is happening, the kind which has been needed for decades. When we can look between the lines (as they say) we'll see there's a purpose in all this and it'll help us become more patient. At least, I'm leaning that way. heh. Thanks for commenting! Blessings, Debra

This post truly lifted me up so much! I'm going to reread these passages and make sure I write them in my journal and my kitchen blackboard! Blessings - Liza

Liza Ellen--I so appreciated your comment! Thank-you. Totally made my day and I thank you for reading here. Blessings, Debra