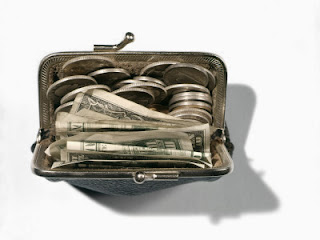 "But just as you excel in everything---in faith, in speech, in knowledge, in complete earnestness and in your love for us---see that you also excel in this grace of giving."   2 Corinthians 8:7
****

Waaaay back in the 1980's with a tiny Naomi, we watched A Chipmunk Christmas and Tom and I still mimic the one part where, at night, Dave opens Alvin's bedroom door only to hear Alvin murmur in his sleep, "Money, money, money!" Dave becomes super-exasperated because, lately, Alvin has seemingly gone all Christmas-commercialized.

Yet Dave didn't realize that Alvin, out of kindness, gave away his new harmonica to a sick boy and now had nothing to play at the upcoming Carnegie Hall concert. So he and his brothers tried wildly to earn money to buy a new harmonica.

Money. Oh, what we learn about ourselves just by peeking into our checkbooks or our Visa statements.

And I do realize speaking about tithing is unpopular in Today's Christian world so I don't often blog about it. Yet sometimes I feel badly, like I'm keeping a life-altering secret, namely-- I believe God has taken incredible care of Tom and me because we've never once stopped tithing and giving additional money to others in our 35 years together.

A zillion times we've, flabbergasted, watched God swoop-in and save the day for us financially--because we're special? Smart? Cute?

Uh, no. Rather, because we've, out of obedience, tithed and given to others, therefore creating a sort of heavenly account from which He refunds what we've cheerfully deposited. We've never been in real financial need and not because we've always spent money perfectly. Not even close. But I believe by tithing and giving, God sees that our fists aren't in a non-trusting, death-grip around our dollars.

"Bring all the tithes into the storehouse, that there may be meat in my house, and prove me now, says the Lord of hosts, if I will not open you the windows of heaven, and pour you out a blessing, that there shall not be room enough to receive it."   ... Malachi 3:10

... and never in three decades of our one-income household have we been in dire straights, not even when Tom lost his job. Even then God made certain we had enough money and joy and peace that all would be well. But even then, we tithed and gave rather than keep it out of fear of future lack.

So really, do whatever works for you in this area. I'm not here to force anyone into anything. I just wanted to share these thoughts because I'd begun squirming again in my silence.

"One man gives freely, yet gains even more; another withholds unduly, but comes to poverty."   ... Proverbs 11:24

And yes! Each of us can give away more besides money. I've just found that the way we all spend money is so darn fascinating and revealing. 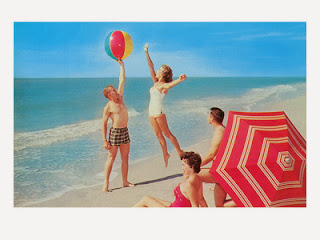 I'm thinking I'll spend this cold November day there, at the beach, inside my head. Brrr... By Sunday we're due to only reach the 20's. Wow.
********
Oh, and speaking of sharing money with others, Netflix added a fourth season of Undercover Boss to their instant shows and they also have Undercover Boss series from Canada and Australia. So many shows, so little time...  :)

Humph! No good reason why this post should be ignored and not get comments!

Worry, worry, worry...that's been a huge waste of my time, especially recently with the 'affordable healthcare Act', and retirement possibly less than five years away...

I NEEDED to read this, to be reminded that we have been faithfully tithing and giving and been a single income family for nearly 20 years and we've never gone without anything, are often surprised at how God chooses to supply needs and wants. I NEEDED to read this and remind myself that if He's never failed me now He's unlikely to fail me in the future...

Oh Terri! Your comment encouraged me so much and I do thank you for taking the time to leave it. Blessings, Debra