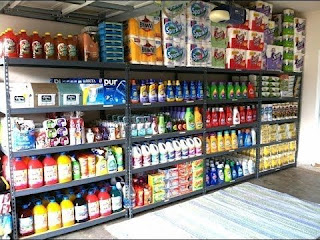 A woman on Youtube showed us her garage pantry and oh. My. Goodness.

On metal shelves she pointed to her--

2 whole rows of her favorite (and mine) laundry detergent (All Free & Clear)
Mega granola boxes (the only cereal I buy)
Jars of mayo, spaghetti sauce and fruit
Cans of tuna, corn, tomatoes and chicken
And lots of dryer sheets and crockpot liners-- but we don't use those.


At first? I was, like, "Wow, look! So much stuff! Do I really have enough for 4 months like I've spent hours figuring? My own shelves don't look like hers."

And then I remembered.

Hey, this lady has a whole tribe of kids. At least 4. Gracious! It's just Tom and me here so of course my pantry shelves will appear different.

And I would be all "Today's Lesson" wordy about that, but you already get it, right?


Think it's too late to become a prepper? To create your own pantry with 2 or more months of supplies?

Think again. Since This Big Mess began in March, I've gone from 2 months' worth of pantry supplies to 4.

How? Lists. I did a shelf-by-shelf household inventory and then I made lists:


The What We've Got Plenty Of For 2 Months List. I stopped buying those things, using money for the shortages, instead.

The Shopping Lists. I've done all my shopping online. (That is, until Wednesday when, after Tom's doctor appt., he visited a local store and bought 2 bags of meat. He said he didn't see even one 'herded zombie'. Whew.)

That first 2 Months List grew longer. When it looked 'right' to me? I began a--

But it requires much patience.

You can't scream at the stores' shortages, expecting items to instantly pop up on the screen.  ジ If one item is sold-out everywhere, move on. Look for recipes which use foods you can find.

Whining about delivery times set far into the future won't help, either. (Fortunately those are shortening.)

And yes, this does take work. The almost daily kind. There's tons of math involved, not magic.

And ok, it requires money.

But God? He sends the wisdom to show us how to stretch dollars (and food). How to make something from nothing. And how to believe this:

If we'll do our part, He will do His. 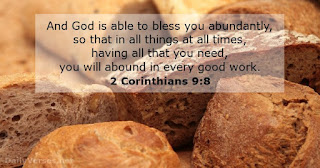 And why I'll always disobey the Government when they say, "Don't worry about food shortages! Don't stock up! We have everything under control."? It sounds too wildly like this--


"While people are saying, “Peace and safety,” destruction will come on them suddenly, as labor pains on a pregnant woman, and they will not escape."   ... 1 Thessalonians 5:3 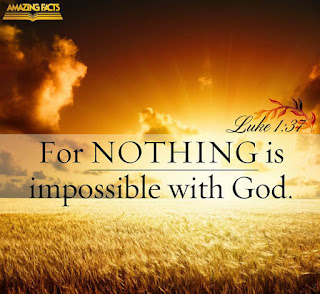 This is how I think of stocking up for a month. An example.

In a month we might use 1 can of green beans each week. So to stock up for a month? I just need to buy 4 cans.

A small bottle of dishwashing liquid probably lasts us 2 months. So all I need to buy is 1 bottle and I'm stocked up for 2 months(!)

And on and on it goes. It's not hard. It's not rocket science, either.


Having trouble doing lockdown/prepping/Life? Ask for Grace. She knows all the answers. 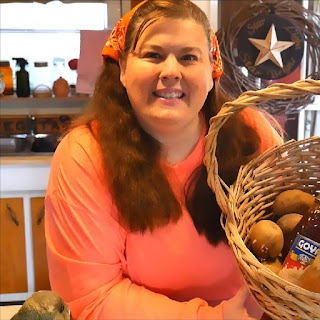 She used to be shyer, rather apologetic, but now? She glows. She's bold, confident, has twice as many viewers seeking help to provide for themselves. To become more independent.

The more people need our help, the stronger the anointing God sends to enable us.

For many years this is what I've thought, "For us homemakers, in some future year, our day will come. Something will happen which will make people seek our advice about how we can afford to stay home, without real jobs, and save money."

That time is here. Finally. 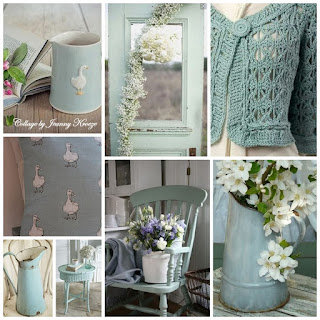 
Our neighbor, Nick.
Last year he lost a leg, but does that stop him from mowing his lawn? No! What an inspiration.


As I watched him today, this verse came to mind, "The strong spirit of a man sustains him in sickness, but as for a broken spirit, who can bear it?" Refuse to let your spirit become weak during these hard times, ok? 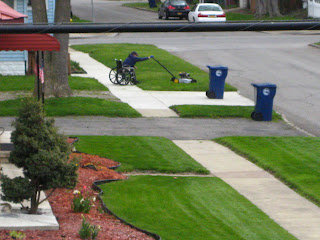 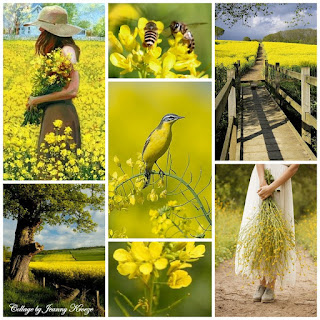 Wow! That pantry is so organized and FULL! Ours doesn't look like that either but hopefully it's enough to keep the two of us going for a couple of months. I hadn't thought about even more. What was I doing? You're completely right. I should try to aim for 3 and then 4 months supply. I guess because it's so frustrating just getting enough of anything right now. I appreciate your wisdom my friend.
Blessings,
Betsy

That picture of your neighbor, Nick, mowing his lawn spoke volumes to me. So inspiring. Often, those tasks that seem overwhelming, can be done by taking one step at a time, and just hanging in there. As for prepping, I believe the majority of Americans are in the process of figuring out how to stock up. Maybe that's why there are so many shortages at the stores. My family used to make fun of me for having a paper product closet. I have a smallish closet with toilet tissue and paper towels stacked in it. These days, nobody's laughing...

Betsy--oh yes! I hope you will aim for a couple more months' supply. I keep hearing news about the food supply/or the method of the supply chain.... and it's never good news. Fortunately it's getting easier to find things and the arrival times are much faster. At least, they have been way over here in NY. :)

Pam--thanks so much for letting me know you appreciated the photo of Nick! He really inspires me, also. I like to believe the majority are prepping, but with all the thousands at food pantries? And the way Tom was out after stimulus checks were delivered and drove by many big screen tv boxes out at the curb? I wonder..................