Our Neighbors Are Moving Today 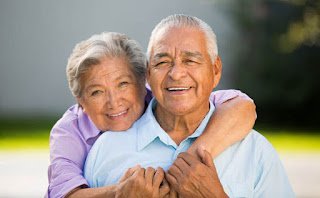 Sometimes (often?) God places people in our lives as invitations for us to choose a softer, kinder, more light-hearted way of being.

I watched them carry his sheet-draped body from his front door just outside my sunroom windows, where I've seen a few neighbors whisked away by ambulance never to return, then later, their loved ones dressed in black, coming back from funerals.

Al's house stood empty for 18 months. Dark windows at night. No life there just below my own window sills, no paper boy leaving the newspaper. Only eerie silence.

In February of 2002 I experienced sinus problems and they eventually turned me into a slug, a real sloth. Months later I dragged myself to a doctor, got some antibiotics and began to feel better. But the godsend book, Sinus Survival, helped most, for I took the author's natural, common sense advice and have felt like my nearly-normal, semi-healthy self since.

(I'm getting to the part about my neighbors moving away. Honest.)

Those six months of being a slug meant our yard suffered. Tom doesn't do yard care--that's my department--so by August, the month I finally began to feel better, our yard resembled travel pamphlet photos for Death Valley.

Mario and Audrey walked through Al's house with a realtor that August and after an hour, Audrey knocked on our front door. Tom answered and the first thing Audrey said after 'hello' was, "Are those your weeds beside the driveway next door?"

Well, uh-oh. The previous spring I'd dragged Tom over to that side of the house to show-off my beautiful perennials at their blue and white peak. We'd had a wet Spring and they were gorgeous. But now, three dry summer months and sloth-like-Debra later, they were gone. Dried up. Wilted. But he didn't know that.

"You call those weeds?!" he asked. The gasp in his voice sounded a bit like offense.

Tom came and got me and I talked to Audrey out on the porch (she apologized for offending Tom). I told her I'd been sick and the yard had suffered the most, and yes, those were our weeds out there.

Well, Audrey and Mario bought the house next door. And so it began.

Audrey is like Ray's mother on Everybody Loves Raymond. She looks like her, speaks like her. At least, that's what I told everyone, because, hey! She does.

All winter I anticipated the following Spring and a tremendous reunion with my yard. This Spring I would have energy! I'd plant tons of flowers and wear my gardening dress. Have romantic, quiet times alone out there beneath the towering lilac bushes and I'd sing little songs. Watch the birds snack from the feeders.

Finally Spring returned and I skipped out to my yard. I dug around the little yellow daffodils with a fork from my kitchen, fed them fertilizer granules with the fork, also. And then, there came the retired Mario. He stood over me.

"You're using a fork? I've got some garden tools if you want to use them. Come over and use them anytime. Oh, you prefer to use a fork? Are those daffodils? They sure look short. I've never grown daffodils. Are they hard to grow? Is that as tall as they get? I always thought they were taller. Oh? They're miniature daffodils? I didn't know they had such a thing. You can borrow my gardening tools anytime. They're just sitting there. They're better than a fork."

And on and on.

My romantic visions of quiet, Victorian-like dreamy mornings in the garden were dashed. Day after day Mario was out in his yard, too, just when I was.

He'd come over and talk--every time. Or if he wasn't there, then Audrey was, saying things like, "Do you mind if I ask you a question? Why do you always wear dresses? I told my daughter, 'The whole world wears pants, but Debra still wears dresses.'"

Oh my. I became sneaky. I started creeping out in the yard before the sun had even finished rising. I gardened on tip-toe. I needed time alone out in my garden and in my shadowy yard, I got it.

But you know? After a couple weeks, I missed running into Mario and Audrey. I'd gained a sense of humor about our earlier conversations and now I missed them. (Go figure.)

So I returned to the later hours out there, you know, when Mario and Audrey would be puttering across the tiny hedge. And then hey, we began sharing our extra garden vegetables. Audrey gave me some squash and I didn't know how to tell her, "No thanks, I'm pretty sure I hate squash." My conscience wouldn't let me toss it, either, so I cooked it with onion and spices and loved it.

We eat squash all the time now.

Sometimes Audrey stood under my sunroom windows and talked with me. She raved about our beautiful spring flowers which she enjoyed from her kitchen windows. She invited me inside her house to see the wonderful improvements her carpenter son made and gave me old magazines she'd bought at a yard sale because she knows I love old stuff. She called me just to chat.

Mario said I was a hard worker (made me feel like Hercules--in a good way) and we even found the world's best carpenter by way of Audrey and Mario. He was their grandson, Glen, and he built our remarkable, best-in-town carport.

And on Tom's graveyard shifts? I realized it was comforting to look over at their lighted windows on dark nights and know that Mario and Audrey were inside, cozy and together.

But today Audrey and Mario are moving. It's a long, sad-ish story (nothing we said or did, though. heh.). My sunroom windows are now playing the scenes from Mario and Audrey's Moving Day.

They're moving only twenty minutes away to a home in the country and they've invited us to come visit them anytime. Already, we're looking forward to that first visit, so that's good news.

But I'll miss Audrey and Mario and learning lessons from living next door to them. Neighbors like them cannot easily be replaced. 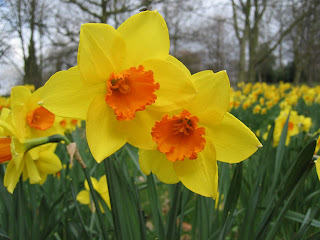 As man draws nearer to the stars, why should he not also draw nearer to his neighbor?
...Lyndon B. Johnson 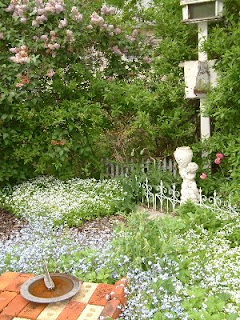 Our backyard those two Mario and Audrey years. 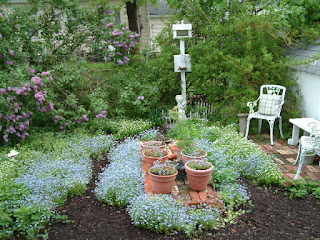 
You know how I enjoy reading obituaries from the town where Tom and I met and married? Well, one obit this week had paragraph after paragraph listing what all this woman had accomplished: her jobs, her committees, her children, her hobbies, her travels, her ---

I began to roll my eyes, actually.

But the next obit? Much shorter, simpler and this line melted my heart--


"She loved her life with her husband, Gil."

Such a sweet sentence, one which paints a lovely, affectionate picture. 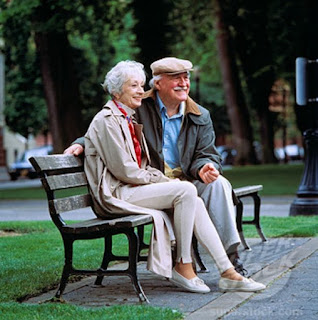 Debra, I loved this post. We had neighbors like that in our first house and I cried like a baby when they moved out and into a nursing home. She gave me her ironing board, a lamp and a chair. I still have them all. That ironing board is at leat 75 years old and you can't find them like that anymore. Every morning I would wait to smell Mr. Range's pipe smoke from my window. It was comforting, (and he wasn't allowed to smoke in the house.) I still love that cherry tobacco smell when I am lucky enough to smell it's fragrance again. Yes, I called them Mr. & Mrs. Range always. I was in my late teens, early twenties and they were in their 80's, it was what we did back then. I wouldn't have dreamed of calling them by their first names. I was able to visit them frequently and when they passed it was like losing my own grandparents.
You can never take first impressions can you? Give relationships like that time and they can often turn into the best ones ever. Thank you so much for this post.
Blessings always,
Betsy

This is such a sweet story, Debra. It made me think about some of the former neighbors I have known,down through the years. Some were easier to love than others ;) but I think I took something positive from all of them. It's interesting how much comfort we find from just knowing they are there IF we ever need them. As I read this, I realized that I am the oldest person living on our road (we're in the country, but we do have several neighbors fairly close). I want to be careful to be good neighbor to the people God has placed around me.

I enjoyed this post so much! But then, I enjoy all your posts. Having lived for 26 years in the country on 24 acres with the only close neighbor--our son and his family--I missed neighborly chats. We're in a spread apart houses neighborhood here now but were so fortunate that the two neighbors who are close, behind us, turned out to be the best ones ever, the three husbands especially being kindred souls and spending much time talking over gardening chores or watching the geese on the pond.

Neighbors are good, but there was that one I had in our young married days who borrowed everything but the kitchen sink, including asking to borrow a bra! For real.

Betsy--enjoyed your story about your early-years neighbors! Thanks for sharing.

Pam--that's so true about taking comfort in knowing who lives near us. Never before have we known so many of our near-neighbors and that comforts me, especially each time Tom's away on his business trips.