Where She Refuses to Be Anger-Motivated 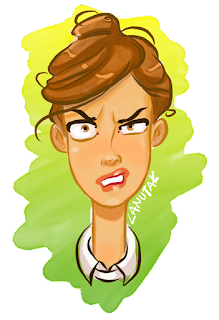 "For the anger of man does not produce the righteousness of God... Be angry and do not sin; do not let the sun go down on your anger, and give no opportunity to the devil ..."   --- James 1:20, Ephesians 4:26
******
Disclaimer: Anger is a hot topic and would require anyone to write an entire book (or 2) for a more complete exploration. (And I'm pretty sure if you're determined to stay angry, this post ain't gonna help.) ツ
So no one get mad at me, ok? This is only a simple blog post.
***
Usually, before I write here, God gives me a 'spark' of an idea. He'll remind me of a past happening, then shows me how to make it an essay complete with a moral.
But today, instead, let's go to this Louder With Crowder newsletter found in my morning email:
Craig Shubert is the mayor of a city in Ohio... "Educators" were accused of distributing what some parents called "child pornography" to students. You and I would call it that too ... It's a public school and we hear about teachers pushing radical agendas all the time. Parents express their anger at school board meetings about these teachers on the regular. What makes Mayor Shubert the man is that he didn't express anger at the meeting. Though he still gave us a mic-drop moment:
"My name is Craig Shubert. I am the mayor of this city. It has come to my attention that your educators are distributing essentially what is child pornography in the classroom. I've spoken to a judge this evening. She's already confirmed that. So I'm going to give you a certain choice. You can choose to resign ... or you will be charged. Thank you."
Wow. That part I underlined and the paragraph after, right? The mayor--
Did not let anger consume him.
He did not turn into a raving man.
Did not flail his arms (and no one rolled their eyes, I'm thinking)
He did not shout disconnected, fast-coming, hard-to-understand words which then lost their power.
No.
He kept his head, his mind, his sanity so that he could think and speak clearly and gained everyone's respect, perhaps even those who disagreed with him.
Mayor Shubert did not allow anger to turn him into what the Bible warns us about (here) --
bitter
fretful
foolish
sinful
offended
vengeful
obscene
quarrelsome
rude
hard hearted.
It's time, (I believe), to be led by the Holy Spirit rather than anger, even if that anger is justified--which yes--today it frequently is! Yet too often anger only makes us physically and mentally sick, even incoherent, when we so longed to be heard and understood.
When we wished our words would have transformed situations.
Yet when we're led by the Holy Spirit using His tone, His words? We're more often walking within an anointing. We're truth-filled, bold and speaking from the very heart of God--
--and watching things change for the good. Over time, for after all, ultimately, only God can change a heart. 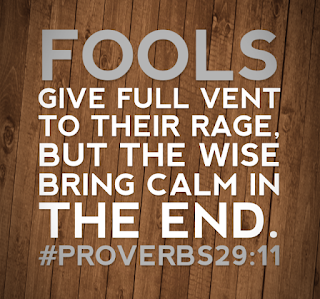 Whoever is slow to anger is better than the mighty, and he who rules his spirit than he who takes a city."   --- Proverbs 16:32
What's a more excellent form of motivation to change the world? Godly compassion for lost and confused souls.
******

Lately online I keep hearing the story about Jesus in the temple repeated and how other times He became angry, as well as that verse, "Be angry and sin not."
And yes, ok, I get it. But what I almost never hear is this verse: "...do not let the sun go down on your anger," nor does a verse follow which says,  "Yeah, then pick up your anger again in the light of morning."
Yikes. 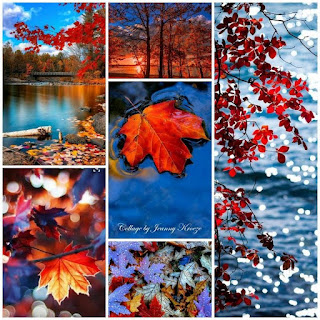 This woman and her 219 square foot apartment, both, inspired me!
******
"It is the season for demons to tremble, not My heirs. Arise and shine in My greatest glory hour. Arise and stand strong in the perilous time. Arise and challenge with My authority the abominations of the forever loser. Arise and--with My mightiness reinforcing you--destroy defilement."
---Tim Sheets
As shared by his brother, Dutch Sheets, here.
*****
For me lately? Meditating upon this verse is having a huge, huge, huge impact upon how I feel daily and react to our world--
"Let the peace of Christ rule in your hearts, since as members of one body you were called to peace. And be thankful."   --- Colossians 3:15 (and did I mention it's having a huge impact?)  シ
******
Please remember: My posts are always about more than they appear to be.
***
"For if you forgive others their trespasses, your heavenly Father will also forgive you, but if you do not forgive others their trespasses, neither will your Father forgive your trespasses." ... Matthew 6:14,15
Posted by Debra at 10:43 AM

I got goosebumps of joy when I read what the Mayor said. Calm, strong, Godly. Bravo. Now I am going to look for Louder with Crowder, see if he still has videos online, etc.

Loved the calmness of the mayor. I've been reading the same verses and trying to remember that God is ultimately in control. Not the people I'm angry at.
I watched the tiny apartment video. People's imaginations in decorating always amazes me. I wouldn't think of many of the storage ideas that they use. This apartment is SO cool!
Blessings,
Betsy

We need strong, calm leaders (like Mayor Shubert) in our homes, towns, and government. There's so much anger spilling over in our world, but a gentle answer (and "gentle" does not have to mean "whimpy") turneth away wrath. We can have convictions and voice them in a civilized way. Lord help us!!

I enjoyed the apt tour! Wow! It's amazing how she has created a cozy nest in a few hundred square feet. I have decided I will NOT give another thought to how we're going to fit ourselves into our retirement home. We can do it!! Sometimes I wonder why many of us are so attracted by how others live in small spaces, but when you think about it, we all started life in a very small, cozy space. Maybe we always long for that.

Terra--I'm glad you liked the story about the mayor! As for Louder With crowder's videos, oh dear. I do agree with what he and his friends say, but it's the way they say it that gets dicey. Their language and sometimes crudeness. It's disappointing, but I do occasionally try to watch--just with lots of forwarding. :)

Betsy--wasn't that apartment sweet! She did such a good job of making the most out of that small space. Like you, I also loved her ideas.

Pam--yay! I know you'll have a wonderful time in your new smaller space. Just the challenge of making it feel larger will keep you motivated!


Thanks so much, Ladies! Blessings, Debra