Where She Finally Started Feeling Better When --- 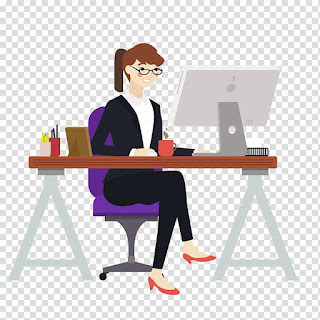 “Ask and it will be given to you; seek and you will find; knock and the door will be opened to you."   ---Matthew 7:7
******
Disclaimer: This is my story, my experience. These ideas work for me, but may not for you--and as always--check with your doctor before you make any changes.
And my main point (and why I've not added tons of links)? I hope you'll get into the habit of doing your own research. It just may change everything for you, also.
****
September of 2000 my life felt 'on pause' so finally I went online. Wow! Who knew a whole other world could be clicked upon?
I was 41 and--the weird thing--that's also when, piece by piece, my body began to crumble. Well, sort-of.
Now, never had I been the type to go skipping to the doctor's office to tell him/her, "Well, this body part is all wonky, so give me a new bottle of pills, Doc, ok?"
That's not me, not then nor now.
No instead, whenever something felt a bit 'off', I'd go online and do research. "How can I fix this?," I'd think while clicking around to websites with natural cures.
And wow!
I discovered my arthritis was coming from consistently drinking decaf coffee or consuming too many milk products or tomatoes. Arthritis runs in my family so I need to cut way back on those triggers.
I found that ChapStick actually chapped my lips, Visine made my eyes red and acetaminophen gave me rebound headaches. When I stopped each, the symptoms disappeared.
All signs of eczema vanished when I switched to Palmolive dishwashing liquid and began using 'clear and free' type of laundry detergents.
Suddenly besieged by dry-air sinusitis, I learned to keep water simmering on the stove during any season that we're using our heater or air-conditioner. I take 1000 mg's of Vitamin C twice daily (divided doses) to stave off sinus infections--and if I've gotten sloppy--I use hot compresses on my face and avoid milk products till I improve.
(Oh, and since faithfully taking Vitamin C?  I no longer dread dentist visits because now they never lecture me about my gums.)
Gut health is vital! So I (try to) take an acidophilus capsule daily and also consume a little yogurt. And since antibiotics destroy not just bad bacteria, but good, it's especially important to take acidophilus to replace the lost good bacteria.
Slippery elm capsules are wonderful for stomach problems. Oh, and to avoid acid reflux, Tom and I eat our main meal at noon, then around 4:00 pm we eat a snack, but never dinner. Sticking to this plan, we both sleep so much better now.
Mornings I drink 1/4 cup cranberry juice so to avoid UTI's and 1/4 cup pineapple juice to ward off any chest congestion.
Also each morning I take 5,000 units of Vitamin D3 and you know? I've only been sick twice in 10 years (I began with 2000 units, then moved up). Used to be if you got sick, so did I, but now my immune system is strong, greatly due to Vitamin D3, I believe.
Since the 2020 Covid Year, I also added daily zinc. And if a morning is finding me slow to wake up, I take a Vitamin B12.
Sleep! How vital to get enough sleep, I remind myself.
Oh and I'll add this: I watched Oprah's Bra Fitting episode, found the right size/fit for me and in the 12 years since, have only had sharp back pain maybe twice, which hey, is miraculous considering the old days.
Before bed I take 400 units of Magnesium (helps with absorption of Vitamin D, relaxation, etc.) and a krill oil pill of 1000 units which helps me relax and has all sorts of other benefits. I also take the lowest amount of Melatonin, 300 mcg. to help me sleep.
My research also led to us totally giving up any 'diet drinks', except those with Stevia, the only sugar substitute we trust.
Long ago I began making my own cleaners and room deodorizers from natural ingredients (and after reading about toxins, I'm thankful I did).
And water! Oh my, everywhere I research it's stated that drinking more water will help. Water and also, moving around more. Oh dear, when I sit too long! But if I walk around every few minutes, wow. What a difference.
Oh, and I aim to skip stressing-out and worry. Good gracious, what a consistent peace of mind will do for all of us and growing closer to God can make that happen.
And now these days, about all that bothers me physically is this dreadful heat and humidity which, this summer, has tried my very soul. Gah. I keep aiming to just survive these months, but I know God wants more for us than a 'just surviving' lifestyle.
So now guess where I'll be focusing my research? Yep, it's back to the Internet for me, making searches like, 'how to handle summer's heat and humidity'.
Long ago I gave up that wimpy-sounding, 'what will be, will be' and traded it for an active, 'if I seek, I will find'. And that has made all the difference. 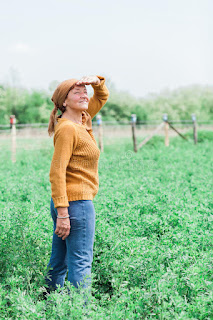 I feel that these days, more than ever, we must be our own health advocate.
****** 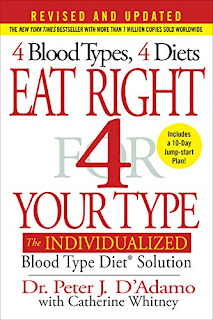 The book which greatly helped me in the first days of my research? Eat Right For Your Blood Type  by Dr. Peter J. D'Adamo. Suddenly in one place I found the bulk of the research I'd been doing.
******
Found this, below, on Facebook and really appreciated it. A free book (except for shipping and handling) was offered with it and I'll include the link to it at the end.

Just wondering— did you get A COVID VACCINE shot?

Hi Connie! Tom, Naomi and I have chosen not to get the vaccine. We've all boosted our immune systems over the years these specific ways so we see no need. We feel it should be a personal choice. Thanks for reading here! Blessings, Debra

All lots of good things you are doing. Thanks for sharing with us. I was very, very low in Vit D two winters ago when we lived in Washington State. I was prescribed 50,000 IU/day for six months. Now I take only 2000. I think it should be more as I'm feeling very tired again. I'm going to look up some other things too. Thanks for the push. Tomorrow I have scheduled a Covid test as I've been sniffling and coughing since we returned from London last week. I do NOT want to make my MIL who lives next door sick. Although I think it's just a sinus head cold, it's better safe than sorry since we were on a plane for so long. And supposed to fly again next week.
Have a great Friday my friend.
BLessings,
Betsy

We have to be proactive when it comes to our health. Most health care providers are great, but there are huge gaps. After my last cancer surgery, I had chemo. That really upset my entire system. Little by little, I have discovered supplements and lifestyle changes that have improved my health, thank God! You really do have to do your own research. I've experimented with different brands of supplements and found that some are more effective than others. Vitamin D, Zinc and Magnesium are mainstays for me, but I add other things as needed. Like you and Tom, Hubby and I eat our last meal of the day in the afternoon and it has improved digestion and we sleep much better. Debra, I'm pretty sure that your journey in gathering information, years ago, helped to spur me on. Thank you for sharing what has worked for you. May God bless all of us with physical, mental and spiritual health!!