Closed Some Doors This Week

Wow. I spied that quote, above, and thought, "That's it! That clears up what God's tried to tell me since Tuesday."

See, over at Youtube it's been UnSubscribe City for me. After listening to some new teachers for months, 3 (or so) of them did things which irked me. A couple spoke harshly/wrongly against evangelists by name--and I won't put up with that, nor the spirit behind it.

I just won't. Sorry. (Not sorry.) Over decades I've lost friends over this, but oh well! We must all draw our lines in the sand (wet cement?) somewhere lest we become like useless mush.

The other one I let go of simply because--although I agree with his teachings (most)--his gifting is (necessarily)confrontation with stubborn Bible error folks (er hem), and that's not where God has me. Not at the moment. ツ (I've not mentioned his name in my blog before, lest you're trying to guess. heh.)

So yes, I closed some doors this week because--for now, anyway--they would take me nowhere good.

But the lovely thing about God? He led me to 2 or 3 other teachers who I appreciate already and who gave me much-needed confirmation and direction.

When we finally step beyond the immature belief that God wants to spoil our fun and snatch favorite things away? Our eyes refocus and suddenly we've got presents in all forms flinging themselves at us.

You know, from the God who knows us better than we know ourselves.


"No matter what happens in our crazy-mad world, I'm choosing the feast option. Just sayin'."

And lest you think that's an easy thing for me to say.... Remember when Tom was hospitalized for the kidney infection, pneumonia, low red blood cells and a u.t.i.? Well, one week later his foot on his 'bum leg' developed a stress fracture along the top part.

Though we didn't know it was that. It just hurt him like crazy to walk and his moaning and 'pain-hissing' distressed me, especially after the trying hospital experience.

Days later he saw his doctor who said it's most likely arthritis and that some of the bones had grown together (ouch). He told Tom to see a specialist and in the meantime we researched 'arthritis diets' and made big changes.

This week the specialist said, yes there's arthritis, but also a stress fracture--and Tom needs to stay off of his foot. And what he really needs is a special brace (an updated one--he's been using an old one and that has helped, along with new shoes), but he said it would be impossible to find someone to create one for him. It's too labor intensive, would require too much time and not reap enough money for the doctors who are trained to do that in school. Gah. (At least he was honest. He did recommend cowboy boots, also, so hey.)

Anyway.Tom's foot is healing. He can feel it. But these weeks have been rough for us both, emotionally and physically. (My fellow caregivers will understand.)

Why allude to this? All of us have stuff to overcome, even if we don't mention it. Never assume anyone has a perfect/easy/trouble-free life, ok? That's one of those childish attitudes God expects us to kick.

But my determination always is to keep my happy-in-Jesus heart and that awesome feast He promises, no matter what's happening in my home or my Country. 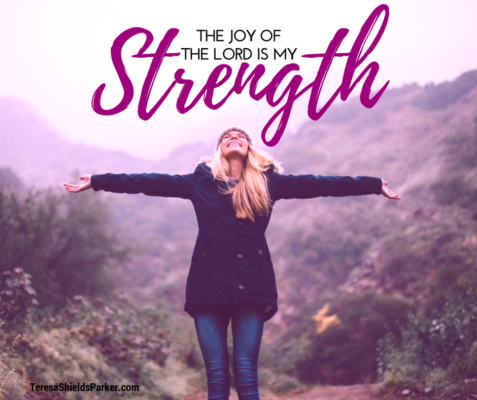 Glad to hear Tom's leg is healing. How wise to close those doors and keep a happy heart! Circumstances here have increasing challenges but they are matched and exceeded by God's grace and mercy.

Your post resonates with me. Years ago I figured out that saying no (to one thing) is at the same time saying yes (to another thing). So no can be yes, which your closing of a door and opening of a door (Youtube teachers) reminded me of. I hope Tom's foot heals fully.

That is a lesson that many of us have had to learn or are continuing to learn through God's gentle leading and prodding of our spirit. Not everyone on u-tube or on the internet has our best interests at heart. *gasp* Seriously, I had to learn that for myself because I tend to be the trusting sort. Unfortunately, a job I had for many years also made me cynical and UNtrusting. A strange combination. Trusting and untrusting too. :-) . I'm a complicated woman my friend.
I will be praying for God to heal Tom's foot so he has no more pain in it. It's true, most of us have things going on that we never talk about online. No one's life is perfect. (But my husband is. Seriously. He's a saint.)
Wishing you and Tom a wonderful weekend together.
Blessings,
Betsy

We DO need to be vigilant to follow the Spirit's leading when it comes to closing doors. It has become easier for me to do this as I have grown older and more dependent on the Lord. He helps me open and close doors--He's WITH US when we truly make room for Him in our lives. So sorry to hear about Tom's pain and most recent diagnosis. I will pray, specifically, for God's healing and help for him, and for you, Debra, as you support his recovery.