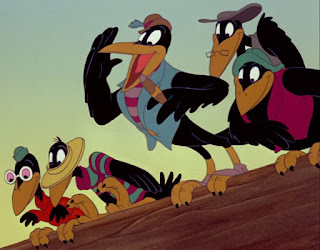 "A slack hand causes poverty, but the hand of the diligent makes rich."   --- Proverbs 10:4
"Inactivity breeds more inactivity."   ---copied
******
So a couple black birds pushed a soffit square aside then made a nest up in our eaves. I spied 3, actually, perched on the roof edge above, laughing at me and we'd awake late dark nights and hear creepy metal sounds outside our bathroom window.

(Insert Twilight Zone theme music here.)
Of course, we could've just pretended this wasn't happening. Ignored the noise, the dead weeds hanging from the eaves and weekend bird parties and the whole thing becoming a sagging bird apartment complex.
But does ignoring actual problems ever end well? Uh, no. Small issues, over time, grow huge, destructive, and ruin everything.
Tom called for an estimate from a professional--$175 - $200! Then he texted Naomi. She volunteered to climb our ladder and help around 3:00 Sunday afternoon.
Later while waiting for Naomi, Tom felt like moving the car and sweeping out the garage. Then the oddest thing happened. Neighbor Mike's temporary house guest, Mike (let's call him Other Mike) stepped into the garage and said, "Here, let me sweep for you." Tom said, "Thanks! But you don't have to," to which Other Mike replied, "What are neighbors for?"
So they chatted while he swept and afterward he asked, "Anything else I can do?" Tom replied, "Well, my wife has needed the leaves swept from the patio here beside the garage."
(Usually it takes me 3 days to clear those leaf piles, yet this year? After 3 weeks I'd only half-finished. This aging stuff. Sigh.)
Long story short, Other Mike and Neighbor Mike got rid of the black bird problem. Cleared away the nest, replaced the soffit properly and even riveted it shut. And they refused any monetary reward.
Wow. It all felt like the favor of God which, gulp, I too often forget to believe for.
Today's lessons?
Fix the problems you can, while you still can.
Remain proactive. View self-pity like a poison.
Don't ignore anything which has disaster potential.
Sometimes God asks that we pray for help. Sometimes that we believe trials will vanish. Other times? He says, "Do something. Move on this now. Humble yourself and ask for help."
Listening and recognizing the difference can change (and sweeten) the remainder of the way our life proceeds. 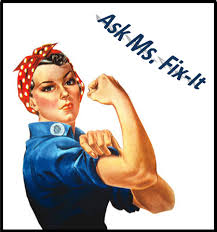 "No temptation has overtaken you that is not common to man. God is faithful, and he will not let you be tempted beyond your ability, but with the temptation he will also provide the way of escape, that you may be able to endure it."   --- 1 Corinthians 10:13 (Self-pity. One of those temptations.)
If you're feeling a loss of control over your life--do something.
Get up and walk. Grow something on your windowsill. Learn a new skill. Place seeds in a pot of soil. Clean out a closet. Visit a neighbor. Change a bad habit. Read, study. Prepare for the future. Create something with your hands.
Never give-in to loss, defeat, but again, do something to gain back control.
Jesus is up to any challenge and is waiting to show Himself strong within us.
******
Three Antique Style Farm House Tours.
Five Easy Pasta Salads
****** 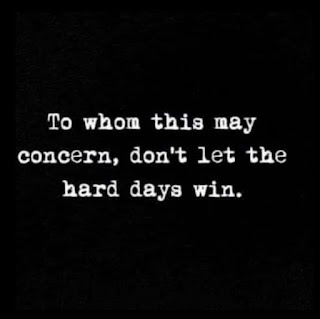 Do it now before it's too late, before you no longer can. 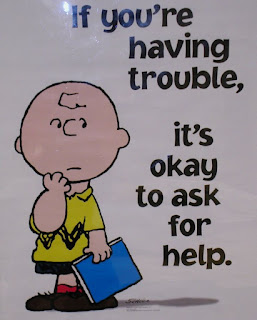 I'm so glad you have neighbors that help. That's what we're supposed to do. I have always loved helping others, and now I'm reaching the stage of my life where I need to ask for help sometimes. That's not easy. Mike is a winner for volunteering without any asking. Neighborly.
Dennis is outside right now moving river rock from one bed to another so I can enlarge the teeny tiny garden space I have. It's probaby too late to plant this year, but next year I'll be ready. He's such a keeper.
Blessings,
Betsy

I just loved reading this post, Debra! The Lord simply will not ever let us down (even tho we might wonder when He's going to show up on those rough days). You're right, it's important to try to do something--to keep on trying to move forward. Although we might have to do tasks more slowly and ask for help, we can be sure that God is beside us, and He always has a plan for helping us. God bless the kindness of good neighbors!

Thanks so much to you Betsy and Pam! I appreciate your faithful comments more than you realize and they help keep me writing here. God bless you both so much this coming summer! Blessings, Debra