My Fight With Robin 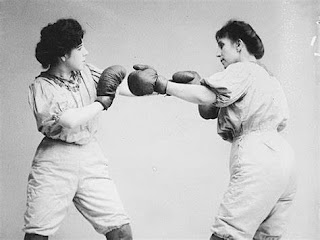 “Great faith is the product of great fights. Great testimonies are the outcome of great tests. Great triumphs can only come out of great trials.”― Smith Wigglesworth

Edgy titles. They get me way more clicks.  シ

Most mornings I apply my make-up at the table and there he comes with a mouthful of last year's wet hosta stems. Fluttering, he builds an ugly, dangling mess which drips against the glass. Daniel The Cat stares upward, fascinated.

I groan. Ask Tom things like, "I suppose it's illegal to shoot robins?" which makes him chuckle and say, "Probably."

Upon finishing my make-up, I throw my long black wool coat over my robe, climb down to the back door, unlock it and then grab the rake. Rolling my eyes and muttering I walk over to the window, lift the rake tines above my head, then swish! Brush away the dangling black mess.

The robins stand across the street and watch. They chirp amongst themselves that I am cruel.
Probably the neighbors do, too.

But hey. During a not-daily walk I found a cool nest just laying on the sidewalk so I carried it home. Stuck it up in a crook of the garage gutters so to do the robins a favor.

But do they use that nest? No.

Mr. Robin keeps rebuilding over our windows. At least 16 times I've knocked it all down, even hiding the debris in our trash. Today the female (I think) sat up there till I got close, then swirled around the flag pole, all threatening-like.

But with the mood I've been in lately regarding this whole shut-in-for-life stuff? I stared her down and said, "Go ahead. Give it your best shot. I dare ya."

Today's lesson: Yes, God loves it when we're determined, purposeful and steadfast! But only when we're doing His will, not ours nor the world's-which-does-not-hear-Him.

Go doing the latter and we're just building houses doomed to be swished away and, long afterward, heavenly insignificant. 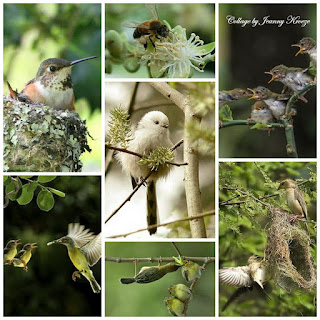 "Have I not commanded you? Be strong and courageous. Do not be frightened, and do not be dismayed, for the Lord your God is with you wherever you go.”   ... Joshua 1:9


Oooooo.... This was awesome. And encouraging. And beyond cool! (For best results, enlarge it.)

I have read Pastor Piper's story before and found it fascinating. I can confirm much of what he said based on my experience before I got my pacemaker. Honestly? I can't wait to die. I've done it once and it was amazing. That's not to say I won't enjoy every moment God gives me on this earth, but I am not afraid of dying. I had the same experience of people I knew and loved waiting to greet me.
I laughed out loud at your Robin exploits. We had a sparrow that did the same a few years ago only it was in the crook of the garage door. Every time the door opened the nest was destroyed but he kept trying.
Blessings,
Betsy

Oh Debra, I don't know why birds choose some spots for nests! A few years ago, we had a robin who insisted building a nest in the light fixture near our front door. Like you, I kept knocking it down--so messy! I kept wondering how I could discourage that workaholic robin, and decided to try a dryer sheet. I taped it around the light fixture and voila, no more nests. Don't know if there's any way for you to do something similar on your ledge or not. Loved the story about angels. I'm a big believer!!!! Hope you and Tom are doing well! xoxo